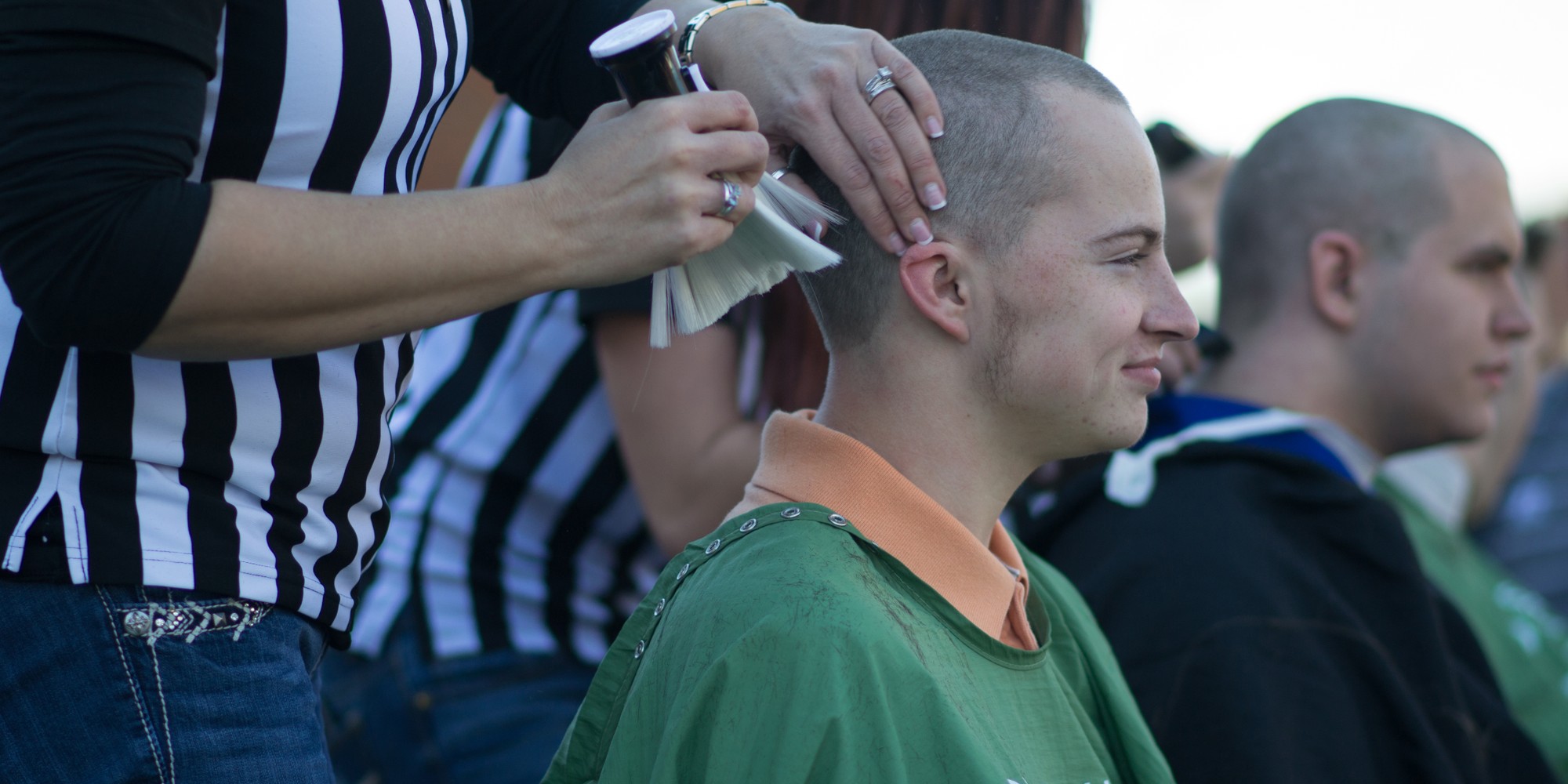 Clumps of freshly cut hair decorated the Morgan University Center Plaza on Thursday, Nov. 19, as APSU students and faculty shaved their heads to raise awareness and money for childhood cancer.

The Interfraternity Council, or IFC, sponsored the St. Baldricks Foundation to come to campus. On a stage in front of other students, people could be sponsored by organizations or pay a $20 fee to benefit the foundation.

Over 35 people came to face the challenge to support the cause. One participant in particular has been affected in a personal way.

“I just really wanted to help kids,” said senior communication major Josh Fernandez, president of Phi Gamma Delta, or Fiji. “Cancer is a very sensitive topic to me. My grandmother was afflicted with cancer for several years so I just wanted to come out, shave my head, raise some money and support it.”

Fernandez, along with many others, has been affected by cancer and this event has the possibility to help the many children plagued with this disease.

“More than 175,000 kids are diagnosed per year,” according to stbaldricks.org. “In the U.S., more children die of childhood cancer than any other disease — more than AIDS, asthma, cystic fibrosis, congenital anomalies and diabetes combined.”

Pi Kappa Alpha, or Pike, Kappa Alpha Order, or KA, and Sigma Chi were the fundraising leaders of this event. When combined with the other three IFC organizations: FIJI, Alpha Tau Omega and Sigma Epsilon APSU organizations raised at least $4,000 in donations.

“Kappa Alpha Order is committed to helping those in need and we are extremely excited to work with the IFC and the upstanding fraternity men on campus to stand in solidarity for the support of the St. Baldricks Foundation,” said Lane Parmely, president of KA.

The St. Baldricks Foundation was founded in 1990 by Tim Kenny.

According to st.baldricks.org, “Tim Kenny issues a challenge to colleagues John Bender and Enda McDonnell: How will you give back in return for your own good fortune in business? Enda’s thick head of hair gives John the big idea—shave their heads for donations to raise funds for kids with cancer.”

Jake Bumpus, VP of membership for IFC, and member of Pike, spoke about how this is one of the first universities this event has taken place on.