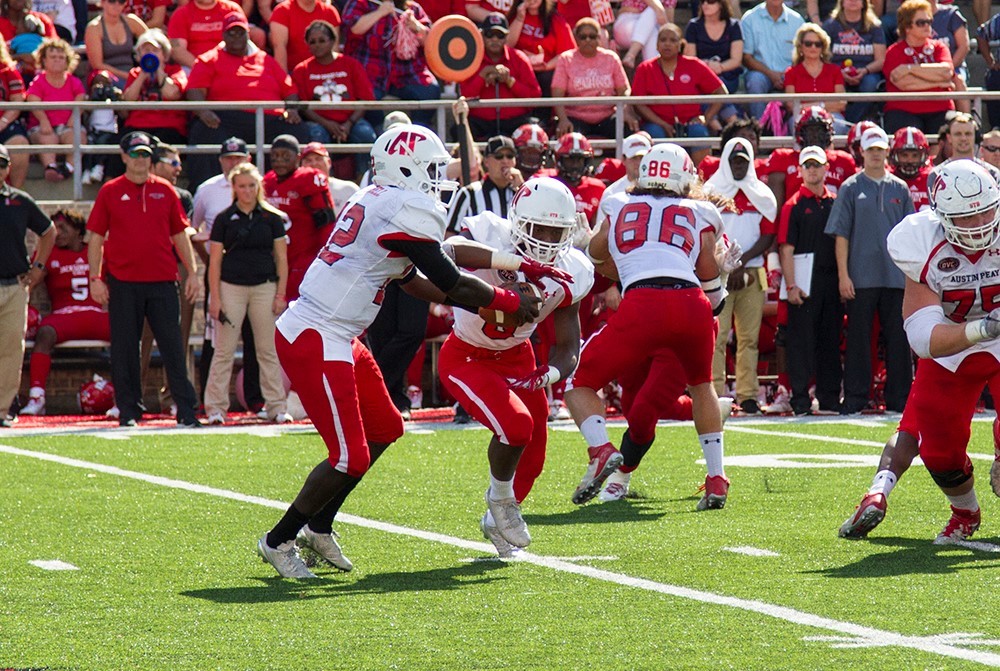 “I think they are as good of a defense as we’ll see all year,” Head Coach Will Healy said to letsgopeay.com. “I’ve been in battles with them when I was at Chattanooga, and they’ve always been really good on the defensive side of the ball. They also have the best offensive player in this league in Eli Jenkins, and if you keep giving the ball back to him, he will make you pay.”

The Govs lost the matchup 34-14 for their sixth straight loss this season.

The beginning of the game started off slow for the Governors.

Jacksonville State scored against APSU first, getting a touchdown by Demontez Terry on an 11-yard pass. In the second quarter, the Governors scored their first touchdown.

Timarious Mitchell had a 43-yard run, and Nick Gauna kicked the extra point for the Govs, tying the game 7-7.

At the half, APSU went into the locker room only losing by a touchdown.

At the end of the fourth quarter, APSU scored another touchdown with 27 seconds left. Jared Beard caught a 22-yard pass from Mitchell.

Mitchell ended his passing day with 11 completions, one touchdown and 110 passing yards.

For rushing, Mitchell finished with 54 rushing yards and one rushing touchdown.

APSU takes the field again at Fortera Stadium for their homecoming game against Mercer University at 4 p.m. on Saturday, Oct. 22.