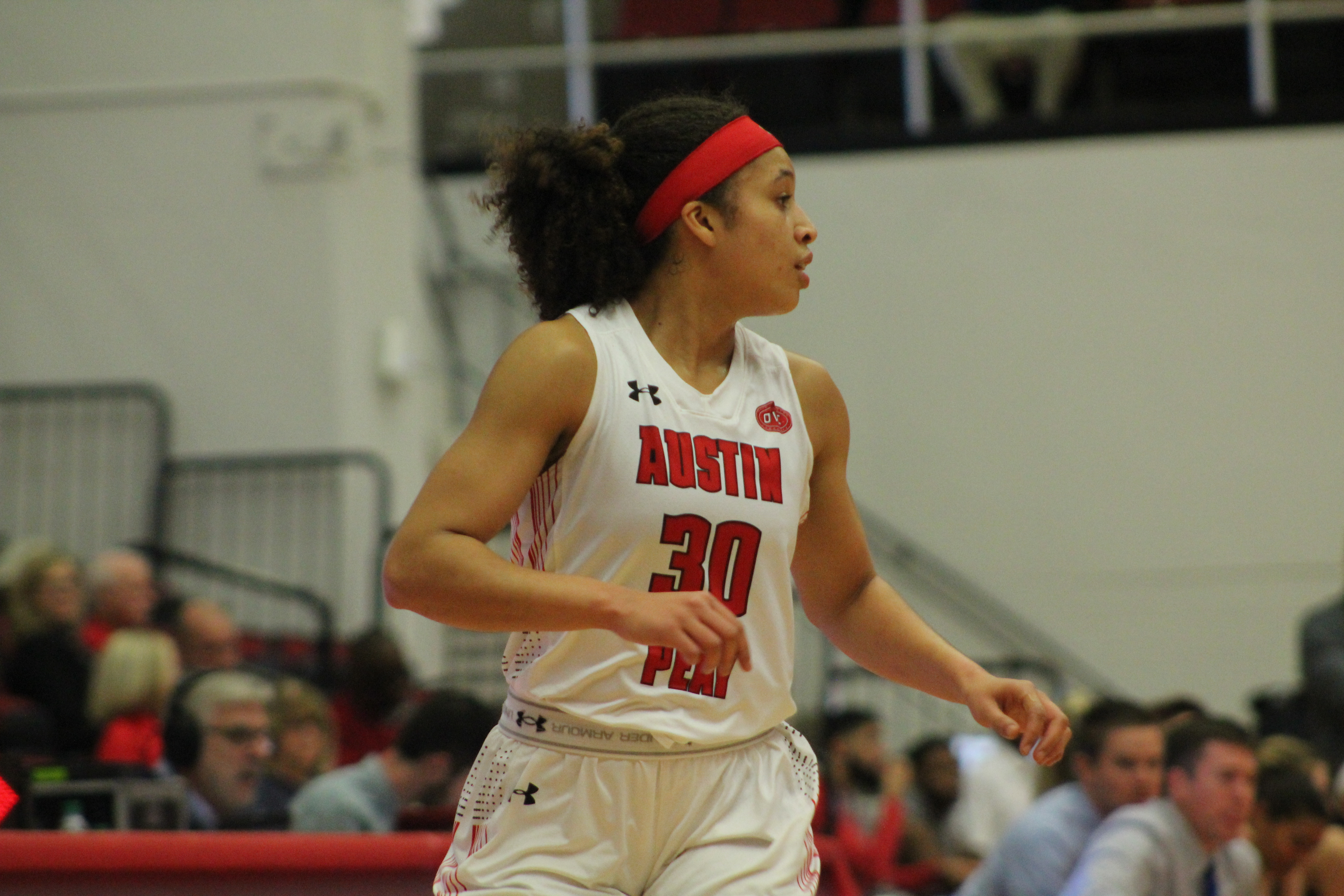 Coming off the heels of a tough loss to Belmont on Saturday, Jan. 26, the Govs are set to take on Tennessee Tech Thursday, Jan. 31.

The Govs (9-10, 4-4 OVC) currently sit at sixth in the Ohio Valley Conference while the Golden Eagles (15-4, 7-1 OVC) sit atop the conference standings with Belmont.

“They are good all the way around.” APSU Head Coach David Midlick said. “They play really hard and they don’t make many mistakes on offense. They use the entire shot clock. They have drivers, some shooters, and back to the basket post players. They have been a really complete team.”

The last time APSU competed on the road they earned their first road win of the season against Eastern Illinois. With a 1-8 road record, the Govs face a tough task against one of  the best teams in the conference.

Tennessee Tech has won 10 of their last 11 contests. The lone loss in that stretch came against Morehead State. Despite the 21 point loss, the average margin of victory for the Eagles is just under 10 points per game.

The Eagles are carried in scoring by sophomore Jordan Brock. Brock enters the game averaging 14 points per game.

“She’s [Brock] deep ranged, two or three steps beyond the three-point line. You have to stop that first but she can also drive hard to the basket.” Midlick said.

On the Govs side, Keisha Gregory remains the teams leading scorer. Gregory averages 13 points per contest. Arielle Gonzalez-Varner averages 12.6 points per game and sixth best in rebounding in the league, averaging eight rebounds a game.

The Golden Eagles are third in the league in scoring with APSU directly behind them at fourth, averaging 72 and 70 points forced per game respectively. Tennessee Tech is fourth best in scoring defense only allowing 62 points per game.

Defense will be the key to Thursday’s game. When held to 60 points or less, the Eagles are 1-3 on the season. The Govs give up right at 68 points per game. It will be something to keep an eye on as the game progresses.

“For our team, everyone has a spot to play. I was proud of our team last week even in the loss,” Midlick said.

As the race towards the conference tournament nears its end, each game becomes more crucial.

Tipoff is scheduled Thursday, Jan. 31 at 8 p.m., following the men’s game. The game can be streamed on EPSN+.