Not only is APSU continuing towards the 11,000-student mark with a current enrollment of 10,873, but has also awarded its highest number of degrees during the last academic year.

According to an APSU press release, APSU awarded 13 percent more degrees than the previous academic year.

Due to this increase in graduation, the press release states that APSU is the most improved institution among the four-year schools in the Tennessee Board of Regents and University of Tennessee systems.

“APSU has placed helping students succeed and progress towards graduation at the center of everything that we’ve done. We have introduced over 50 student success and completion initiatives that involve every facet of university life,” said Provost and Vice President of Academic Affairs Tristan Denley.

Denley also said these initiatives range from experiences like APSU 1000, which helps students transition to university life, faculty redesigning courses that provide learning experiences to help students learn more effectively and using technology to streamline and clarify procedures and provide students with the information they need.

“All of this hard work by devoted faculty and staff has now paid off in these tremendous increases in our graduation statistics,” Denley said.

The press release said APSU has seen a steady increase in degrees since 2006, with an increase of more than 25 percent and figures including the first 60 chemical engineering technology degrees. Denley said APSU has been able to add more than 60 new faculty lines since 2006.

“These new faculty have allowed us to provide a still wider selection of courses, as well as provide more courses at more times that allow more students to fit them into their schedules,” Denley said.

“We have also been able to add new programs such as the new chemical engineering program that provide still more graduation opportunities,” Denley said.

The press release stated APSU is being assessed based on retention and graduation numbers, based on The Complete College Tennessee Act. This act, adopted in 2010, controls funding distribution based on productivity rather than enrollment numbers. A Tennessee Higher Education Commission report recommended the 2012-13 funding for APSU receive a 6.9 percent increase. The press release said the increase is twice the amount of any other Tennessee university.

“The proposed increase in funding will enable our continuing this work in the future, developing yet more ways to enhance student success and degree completion at APSU,” Denley said. TAS 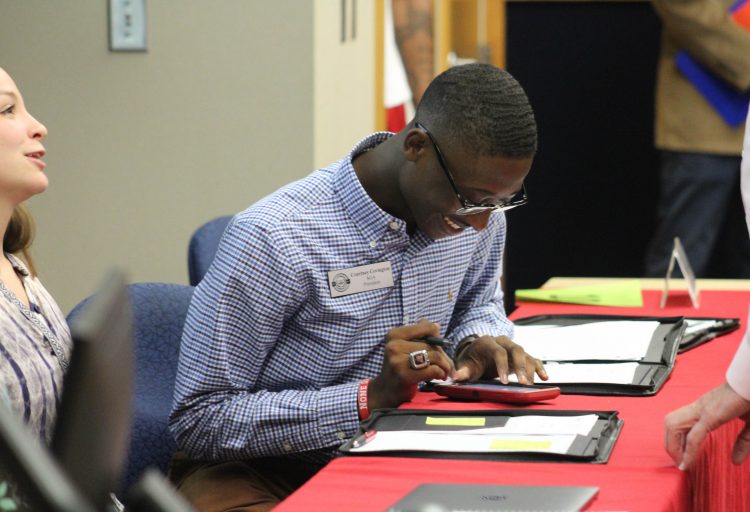