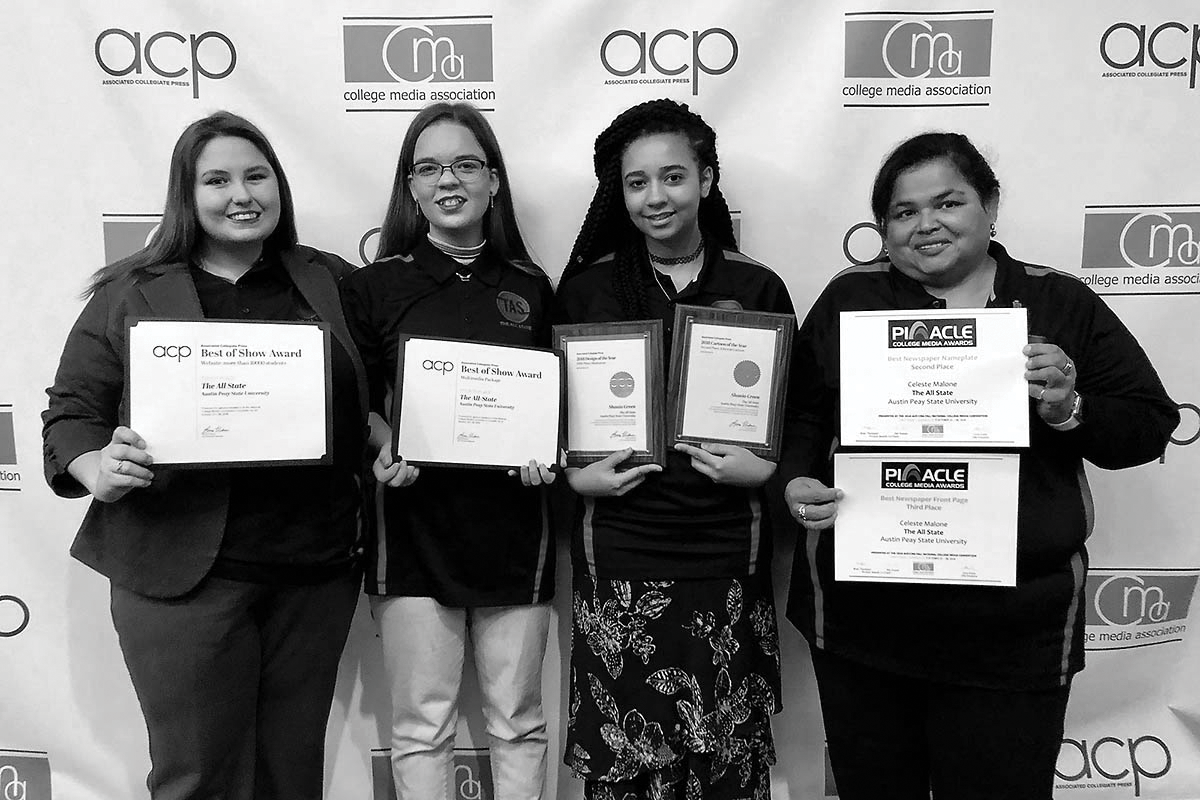 The All State has always had to innovate.

That is how this paper has endured for nearly a century, while other college papers, and even major news outlets, have languished, shrunk or disappeared altogether.

It is no secret that there is a war on the media. From cries of “fake news” to the impending death of print journalism, it is hard for even the largest and most well-established news agencies to exist in this climate.

So, how has The All State managed to stick around, as both a web and print media outlet, for so long?

The simple answer is: We evolved.

At its creation in 1930, The All State was four pages long and was printed every other week. By the school year of 1962-1963, The All State began publishing weekly, and offset printing replaced the letterpress process.

In 1963 The All State published an eight-page paper on alternate weeks and by 1964, each weekly issue had eight pages. The paper was redesigned in 2011 to turn focus towards improving theallstate.org.

The design of the flag of the newspaper has changed time after time. The location of the paper has moved from building to building, department to department.

The All State throughout its 90 years has always evolved to meet the needs of the students and the times.

In this time of mass information, where anything you could want to know is quite literally in the palm of your hand, it can be hard to understand why a college media outlet, especially one that still offers a print medium, is necessary.

The truth is, the more connected we are, the more global the world becomes, and fewer and fewer media outlets are able to cover locally. The All State, being a college newspaper, is always focused locally first.

Additionally, it is actually that vastness of information that makes credible, trustworthy media outlets so important, because with so much information it can be almost impossible to know what to trust.

These days anyone can create a website or put out a Facebook post and call themselves a journalist, but the trust, research, vetting, reliability and credibility behind the word journalism cannot be claimed by just anyone. It means something more.

Just as it would be ridiculous to put as much faith into someone on the internet who claims to be a doctor as you would an actual, practiced doctor who earned that title after years of study and hard work, so too would it be ridiculous to give the same credibility to someone on Facebook claiming the truth about a candidate or event or crisis as you would an established, reputable news organization.

The All State has always been the voice of APSU students. To silence that voice would be to give up a seat at the table, to give up representation in the history of APSU and Clarksville as a whole. The All State has literally been quoted in history books. We have been sewn into the fabric of this community, because we are this community and while our exact form has shifted over the years our firm place in the heart of APSU and our resolve to represent the students of APSU is never shaken.

Papers have had layoffs, closed offices, even we had to reduce our print distribution numbers. The fact is with fewer people on campus, there are fewer people to pick up a paper, and as we move into the spring semester with COVID-19 still looming large, this doesn’t seem likely to change.

There is so much that a print paper offers that digital cannot, from the feel of a physical paper to the design, (Just this semester The All State won an honorable mention award for Best Front-Page Design at a national college media competition.) and much of it is hard to describe, like the opportunity it gives young college journalists during those print production nights to collaborate and work together.

Yet, our purpose is always to be the voice of APSU students and that means meeting them where they are, and most of our students are remote right now. So, it is important to us to put our focus on the content they have access to.

This is not the first time The All State has had to pivot to adjust to the changing times and needs of the APSU student body, and it surely won’t be the last.

If we have learned anything this year, it’s that life can change at a dime, in ways we never expected, but just like businesses, families, countries, the world manages to endure, The All State will continue to represent the students of APSU, changed, but still here.