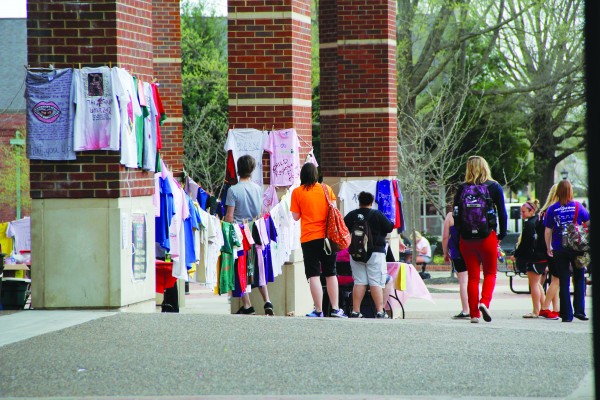 People stop to read messages written by students on shirts hung on clotheslines at the UC plaza. The messages depict stories of sexual abuse, proclamations of hope and confessions to help raise awareness for victims of violence. Stephen Kemp | Staff Photographer

Over 500 T-shirts hung on a clothesline stretched across the UC plaza Wednesday, April 10. Students’ stories of sexual abuse, proclamations of hope and confessions were spelled out in fabric paint on color-coded T-shirts for members of the APSU community to read.

Purple and lavender shirts represented an attack because of a person’s sexual orientation. Red, pink and orange shirts signified a survivor of sexual assault or rape. Yellow shirts stood for victims of physical assault. White symbolized a death.

The Women and Gender Studies department, with the help of the Gay Straight Alliance and the Feminist Majority Leadership Alliance, organizes a clothesline project three times every school year, and have been doing so at APSU since 1997. While they used to bring in T-shirts from a clothesline event in the community, eventually students and faculty began making the T-shirts.

Now every T-shirt hung in the plaza is the personal creation of someone at APSU.

“I have a classmate who came down here earlier,” Katelyn Jones, a junior social work major said. “She didn’t realize it was students’ messages on the shirts. It really impacted her.”

Alicia Phoenix, a women’s studies minor, explained that the shirts take an abstract concept and turn it into something tangible; it informs others that abuse is an issue in this community.The purpose of hanging the shirts up is to raise awareness about the suffering that survivors of abuse carry with them, according to Jill Eichorn, coordinator of Women and Gender Studies. The nature of domestic, physical and sexual assault causes survivors to feel isolated, she said, and the shirts serve as a reminder that they are not alone.

“If you pretend it doesn’t exist, it will continue,” Eichorn said. In her opinion, if women and others can feel empowered, they can change the dynamics of the relationships that result in assault and ask for support. However, she emphasized that while a victim can learn to react and to seek help, it is not their fault that it happens.

For students like the classmate of Katelyn Jones, who left the clothesline feeling saddened, Eichorn said that they can take their awareness to become a resource for people who need help or advocate for change.

“When we have in our psyches ‘I don’t deserve this,’ that will change our interaction,” Eichorn said. She also believes that the people who assault the victims have a sickness and they have to be offered help as well.

The Clothesline Project dates back to 1990 and is now hosted worldwide.

Flanked by the T-shirts, small signs were hung along the clothesline with statistics about assault, such as the fact that every two seconds, there is a sexual assault in America. The statistics can all be found at RAINN.org. 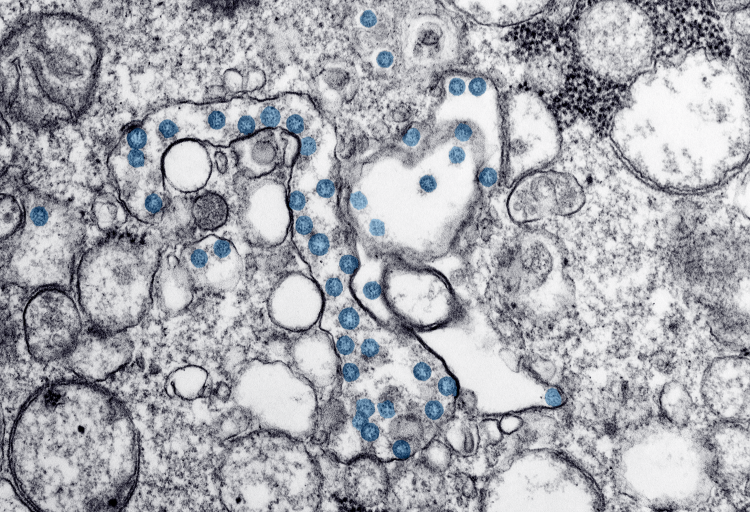 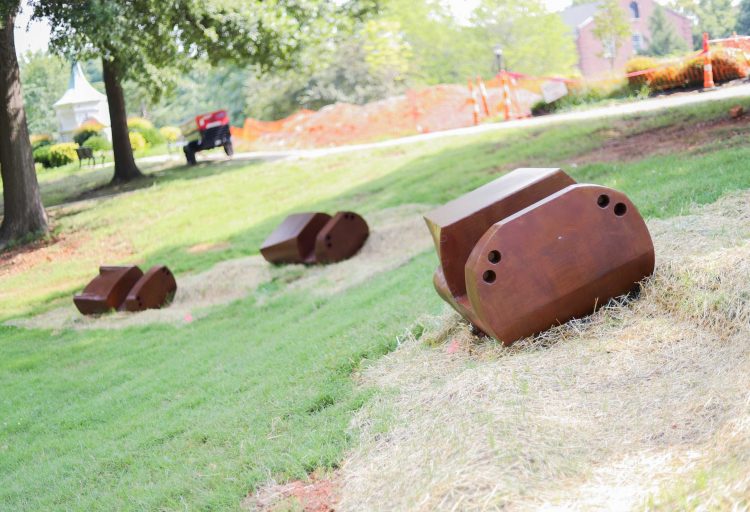