Walking on campus between classes, many cats can usually be seen, often around the library and Drane Street. Formerly, there were many living at Governors Stadium where they were placed to decrease a large population of pigeons.

Some students report they have noticed the cats, though many students are still completely unaware of their existence. There are currently 15 or more of these cats roaming around on any given day, said Suiter.

In the past, APSU students were more involved in their care, and they even created a website called Paws to Care. Students are not so involved now, and are in fact advised not to pet or handle these cats. This is because the campus cats are wild — or feral — and may have tendencies to scratch or bite.

Debbie Suiter, Physical Plant coordinator, has worked diligently to care for this cat colony and has played an important role in reducing the population of cats on campus.

“It is love for animals,” Suiter said when asked why she took on the task of caring for APSU’s feral cats. Suiter went further to explain the practical reason for closely attending to the colony.

Without spaying and neutering, a cat colony can increase from “12 to 2,000 in four years,” Suiter said.
“When a colony is removed, other cats replace the colony and quickly reproduce,” according to Suiter’s website. “A humane trap, spay and neuter-return program will prevent new cat colonies from populating the campus and the current colony from growing.”

To manage the colony, Suiter has adopted a model which exists on other college campuses such as Auburn and Texas A&M University. Their cat colonies prevent other feral cats from moving into the colony and the numbers stay low. At APSU, the project with feline management is addressed formally. There is an ongoing meeting process which includes a local veterinarian, as well as other faculty and staff.

The most pressing item of their agenda is fundraising. Campus is currently attempting to feed and capture the cats to test them for diseases, fleas and worms. Afterwards, the above sterilization procedures are performed. At that point, the cats would be released back on campus, and the kittens adopted.

Since students are asked not to touch or handle the cats, Paws to Care has defined the ways in which students can provide care. The cat colony cannot be maintained without financial aid. If every student on campus donated one dollar, the colony could continue to coexist with the APSU community.

“The goal is to raise $5,000 for the spaying, neutering and shots for each cat,” said Suiter.
The project is currently fully funded by donations, and a fundraiser is planned for the near future to sell T-shirts to raise money for this cause.

The cat colony needs volunteers willing to help. Suiter requests that students support the cause, whether by donation or adoption. Students are encouraged to visit apsu.edu/catcolony for information on how to best help the cause.
Suiter may also be reached by email at suiterl@apsu.edu for further details about the cat colony and the needs for careful management of our four-legged friends. 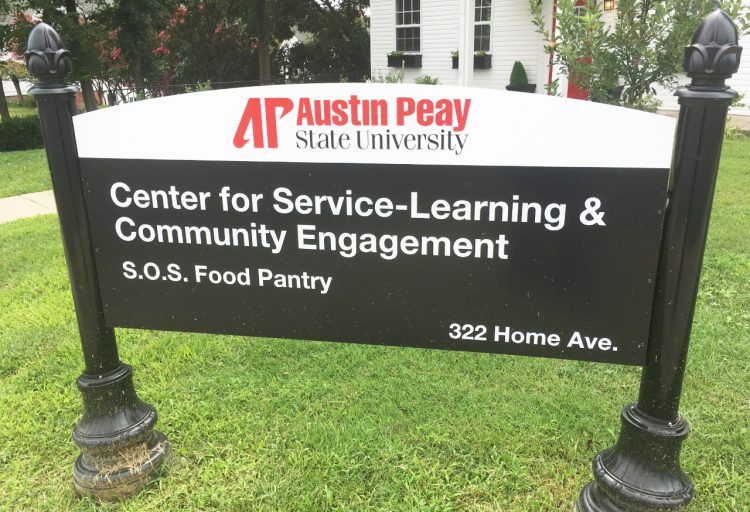