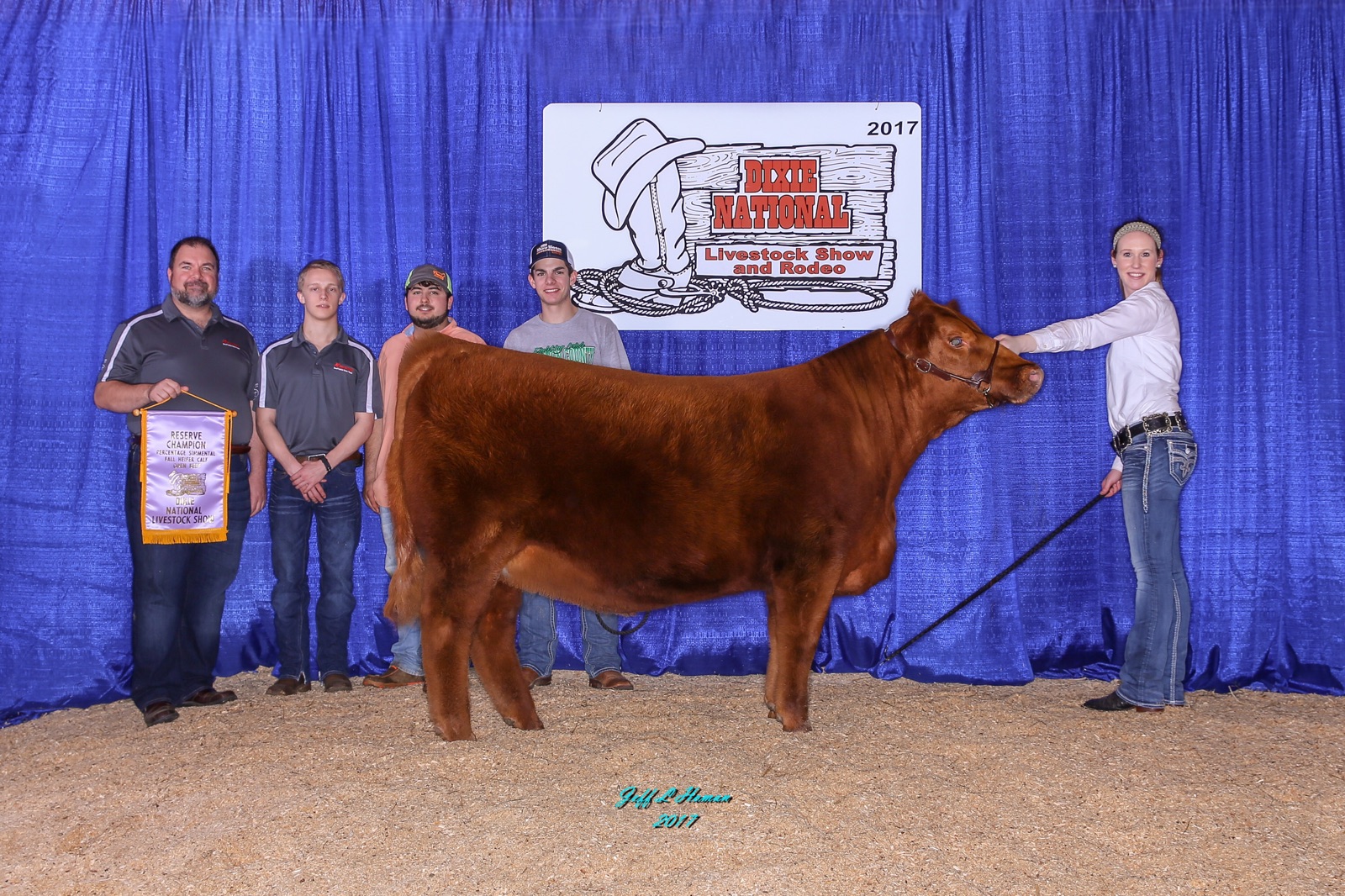 Rod Mills, the team’s adviser and associate professor of agriculture, said the wins are significant because APSU competes against professional breeders rather than other colleges.

“For Ruby to win this championship is a major accomplishment,” Mills said in a university press release. “She won her class and went on to compete in the division and grand champion classes, which meant she ultimately finished in the top eight of about 80 heifers and teams who were at the competition.”

In addition to Mills, four students were part of the award-winning team: John Thomas Fussell, Tyler Davis, Austin Henley and Kayla Jackson. The group had prepared Ruby for the competition since October 2016.

“If you want to learn more about cattle in the world of showing, then being a part of this team is the perfect opportunity for a student,” Jackson said in the press release. “In addition to the work we do, we also have so many opportunities to meet people and form important relationships within these shows that are really valuable for students.

For more information on the agriculture department or the Beef Show Team, call 931-221-7272.