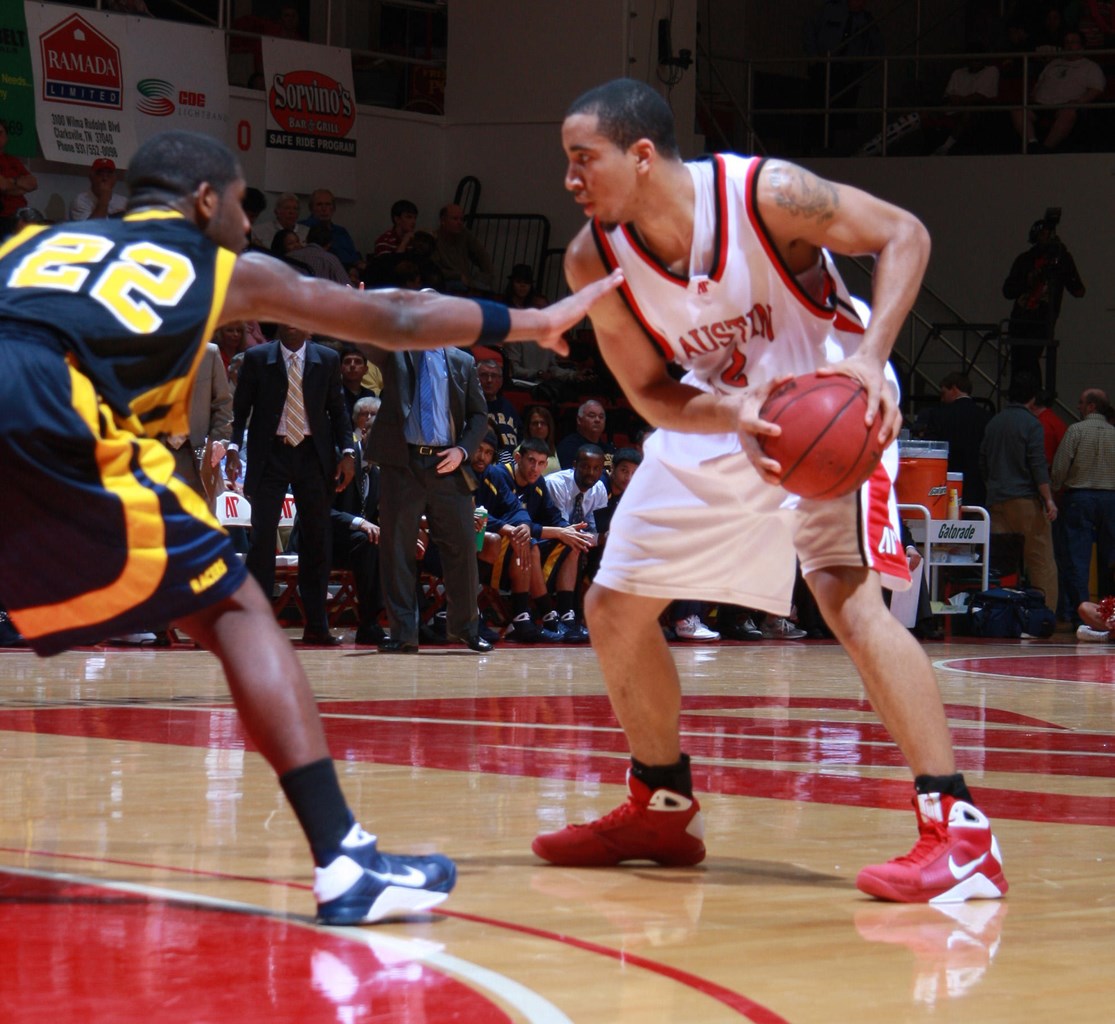 APSU athletics has a rich past full of notable student-athletes who have helped the university in becoming one of the Ohio Valley Conference’s most historic programs.

The story of these former household names in the community have gone unnoticed through the years, but they should never become silenced. The All State now highlights the career of one of APSU’s most decorated student-athletes, Drake Reed.

Just under 20 minutes away from the heart of campus, Drake Reed graduated from nearby Northeast High School in Clarksville, Tenn. Over the course of his high school career, he earned All-State recognition twice, three all-district team selections, the Leaf-Chronicle All-Area MVP and much more. Reed also averaged 23 points, 12 rebounds and five assists in his senior season before attending APSU.

After coming off the bench in his first five games for the red and black, Drake made his first start on Dec. 1 against Tennessee Tech. For the rest of his career—125 games—Reed remained in Dave Loos’ starting lineup. To this day, his 125 career starts ranks second all-time in program history, just one behind Chris Horton (2012-16).

Over his career, Reed went on to be just one of six Governors who have ever been named the OVC Player of the Year. He was also named to the All-OVC First Team three times and has his name painted all over the men’s basketball record book.

With 1,991 career points, Reed currently sits fourth as APSU’s all-time leading scorer. He is also top-five in numerous other statistical categories such as rebounds (fifth), made field goals (fourth), free throws made and attempted (first) and minutes (first).

In what has been the case for many of the student-athletes who played under Loos, Reed had nothing but great things to say when asked what it was like to play for the OVC’s winningest head coach.

“He was a great coach, especially defensively,” Reed said. “Defensively, I have played for a lot of coaches over the years and he is still, by far, the best defensive coach I have ever played for. He just knew how to shut you down through running our mad dog press defense. I still have not seen anyone run that except coach Loos’ teams.

“I think that is a big staple of his, his mad dog defense. Also, his terminology and how to shut people down, how to play defense in different ways [from] pack defense, push defense, and all the different types of drills and things he would put forth. We were just totally prepared when it was time to play.”

Since graduating from APSU in 2009, Reed has gone on to have a successful overseas career, playing in places such as Australia, France, Austria, and Argentina.

While he is not currently able to play due to the COVID-19 pandemic, Reed says that he is “Still playing, still in shape [and] ready to roll whenever the time comes. Just have to see whatever opens up.”

In addition to his vast on the court success, Reed has also found success in his company, Sankofa Global Exchange. The genealogy business came to life while he was playing overseas.

“What we do [at Sankofa] is genealogy,” Reed said. “We specialize in the African and indigenous ancestry. Through my genealogy search, just doing what I needed to do to figure out what my family roots were. I was fortunate to be in France amongst other African players and guys from the Caribbean. That kind of propelled me into my research and looking into where my family was prior to slavery.”

Reed also went on to talk about the importance of tracing such ancestry, especially in America.

“It is something that is overlooked, especially in America,” Reed said.  “We have a lot of foreigners in our country, but we do not look at other people as foreigners. For instance, when you are in Europe or South America, everyone knows their origin. If you are from another place, you know exactly where you are from. Just like you’ll say you are an African American or German American or Italian American–the people that are not African American–their families typically know which area of the country that they are from.

In 2017, Reed entered into the APSU athletics Hall of Fame, where his legacy sits next to former teammate Derek Wright and former coach Dave Loos.

Drake Reed is one of the greatest to ever play at APSU. Without his extreme work ethic, determination and passion for the game, the program would not be what it is today. 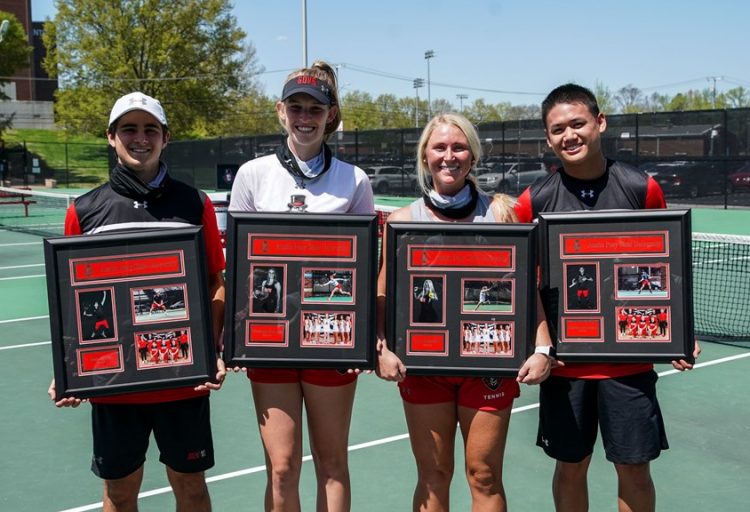 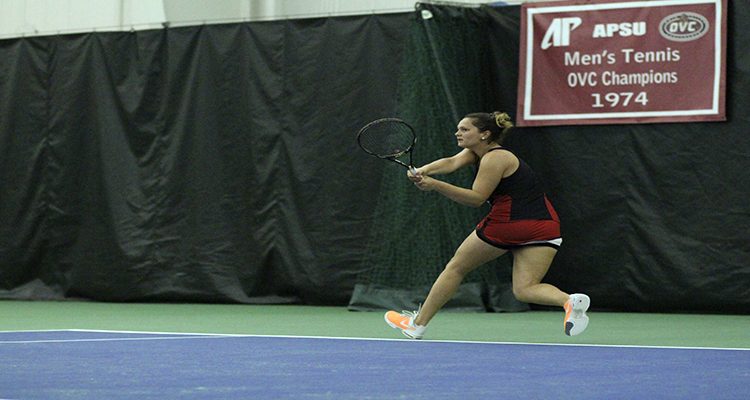