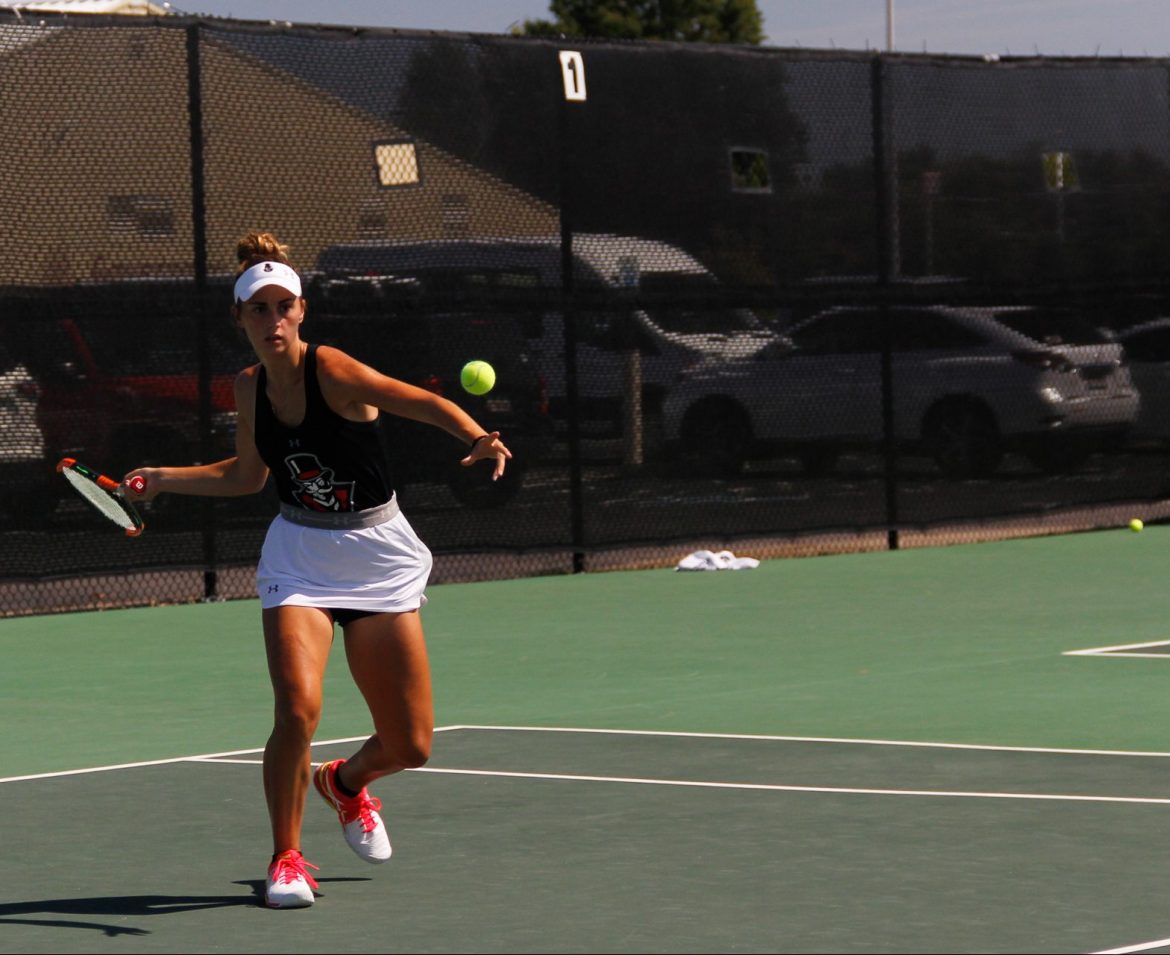 JOANN MORALES | THE ALL STATE

These are the countries that many of the APSU tennis players call home. The men’s and women’s teams for the Governors have a combined three American-born players on their respective rosters.

“In the sport of tennis, to be competitive you’ve got to look other places,” said head coach Ross Brown. “The best American junior players play at the power five conferences, mainly. It’s difficult to get the level of play you need, that’s why you recruit overseas.”

The overseas recruitment has been to the benefit of the Govs: the women’s team finished a perfect 22-0 last season, being crowned OVC champions and participating in the 2019 NCAA tournament.

The recruitment process is a taxing one on foreign players: before examining a player’s athletic ability, a lack of speaking the primary language requires a Test of English as a Foreign Language (TOEFL) exam to be admitted into the university. Following a passing score on the TOEFL test, and an application for a U.S. Student Visa, players are then examined for their academic and athletic opportunity.

A primary source of scouting consists of a player’s video. Associate head coach Maria Morrison expanded upon the video process: “It’s hard to recruit not in person. You have to rely on a video if you don’t see them in person. Trusting that the video is showing you what you’re actually going to get can be scary at times.”

While a percentage of players are solely scouted via the video, trips are taken to observe potential players live. Brown describes this process as an involved yet rewarding one.

Despite the distance from home for most players, there remains a locality on the team: junior Fabienne Schmidt, freshman Sara Heckel, and the newest Gov Jana Leder all reign from the country of Germany, a cumulative three hours from one another.

Heckel spoke on the inter-connectivity between the three players.

“We will often meet during the summer. Fabienne spoke to me on coming here, and I helped Jana to come here. I think that it’s very beneficial.” Heckel said.

Leder and Heckel have been friends since the two were eight years old, providing an edge to acquiring the highly-touted Leder: the freshman won the South-German and Badischer championship while playing for Gymnasium Remchingen.

The international Governors look to continue their previous successes as the young season moves along. The men’s tennis team will travel to Wright State (OH) on Saturday, Feb. 8. The women will play at Dayton (OH) on Friday, Feb. 7.