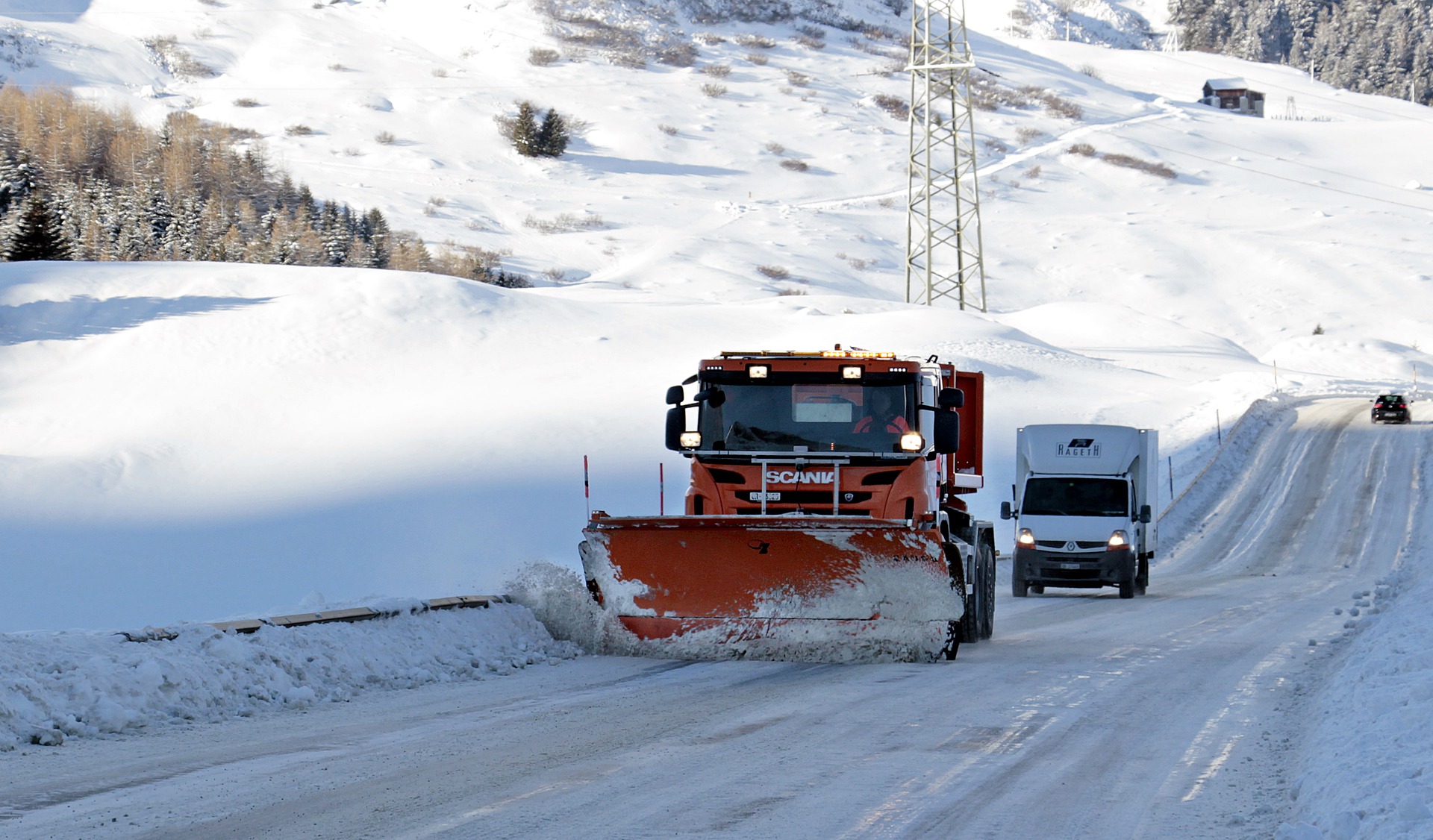 DURHAM, N.C. (AP) — The deep freeze that killed at least 15 people and shut down much of the South began to relent Thursday as crews worked to clear roads blanketed by a slow-moving storm that left ice and snow in places that usually enjoy mild winters.

The snow stopped by early morning after the storm blew off shore, but North Carolina officials urged drivers to stay home while crews took their first crack at roads coated just hours earlier by the storm. Other parts of the South continued to struggle, including Louisiana, where interstate highways remained closed in the capital city Baton Rouge.

“This is an extraordinary event to have this much snow all across the state. We aren’t used to that. We’re working as hard as we can,” said North Carolina Gov. Roy Cooper.

Even low hills in unplowed residential neighborhoods proved too much for drivers in northern Durham County, where the storm dumped up to 12 inches (30 centimeters) of snow on Wednesday.

A dark-colored sedan sat abandoned in the middle of the road in one neighborhood. A few people shoveled driveways but most stayed bundled inside.

Mark Foley, 24, wore a hat and jacket as he worked to start his pickup truck covered in a half-foot (15 centimeters) of snow in a Durham driveway. After a few minutes in the 15-degree (9 Celsius) air, he was able to go pick up an in-home health aide for his disabled father.

“My lock was frozen, so I couldn’t even unlock the door. So I had to use some warm water,” he said holding an empty pitcher. “It’s more snow than we thought we were going to get.”

Two-thousand state trucks were out plowing and salting in North Carolina a day after the storm dumped as much as an inch per hour from the mountains to the coast. Some stretches of interstate highway were still covered in icy spots or only partially plowed.

Cooper said North Carolina has the second-most state-maintained roads behind Texas, and asked the public to help by staying home.

“I know we all get stir crazy and cabin fever. But staying off the roads right now is important for us,” the governor said.

Cooper also reported the state’s first weather fatality, after a minivan slid off an icy road and overturned in a canal in Washington County early Thursday.

State troopers responded to more than 2,300 crashes, while local police reported hundreds more. From Charlotte to Raleigh, North Carolina’s five most populous cities all saw significant snow from a system that followed an atypical west-to-east path across the state — and moved more slowly than forecasters had predicted.

In Atlanta, temperatures remained below freezing until midday. Metro Atlanta’s commuter rail system was operating on a limited schedule as the city continued to recover from the approximately 1 inch (2.5 centimeters) of snow and ice that brought the area to a standstill.

Officials at Hartsfield-Jackson Atlanta International Airport, the world’s busiest, were hoping to reduce lines to get through security that stretched through the airport on Wednesday. Flight delays were exacerbated because some screeners couldn’t make it to work, leaving the Transportation Security Administration with a single checkpoint in the domestic terminal. Some TSA employees slept at the airport overnight to avoid a repeat.

On Thursday, airlines canceled another 200 flights at the Atlanta airport, and dozens of other flights at Charlotte Douglas International.

Much of Alabama remained in weather-related limbo. State offices were resuming operations at noon Thursday, and some school systems returned to class with delayed openings. Forecasters say high temperatures Thursday should range from the upper 30s to the low 40s, helping melt the remaining ice.

Louisiana was also struggling to dig out. Every interstate in Baton Rouge remained closed Thursday morning, including Interstates 10 and 12, which were blocked to motorists across the southeastern stretch of the state. The transportation department hopes sunshine and above-freezing temperatures will help thaw the icy thoroughfares.

Most of the usually warm Florida peninsula also saw freezing temperatures Wednesday, prompting citrus growers to spray their crops to prevent damage by coating oranges in sheens of ice.

At least four people died in Louisiana, including a man knocked off an elevated portion of Interstate 10 in New Orleans when a pickup spun out on ice, and an 8-month-old baby, identified Thursday as Kollage Le-Silva, who was pulled unconscious with his mother from their car after it slid off an icy overpass and landed in a canal in suburban New Orleans. The baby’s mother was in critical condition.

Two others died along an icy stretch of I-75 southeast of Atlanta. One was inside their car and another standing beside it on the shoulder when another driver lost control and hit them, killing both, authorities said.

A young college student died on icy I-64, hitting a tractor-trailer in West Virginia.

Most of the deaths were in traffic accidents, but others died quietly, after authorities said they likely succumbed to exposure to temperatures as low as 10 degrees (minus 12 Celsius).

The body of one woman was found in the snow near City Hall in Memphis, Tennessee. In Texas, two women in their 80s were found dead after apparently wandering from their homes. One homeless man’s body was found in the snow behind a Dumpster in Houston, another on a sidewalk in Dallas. Another woman was found dead at a bus stop in Dallas, her wheelchair nearby. According to authorities, none showed signs of foul play.