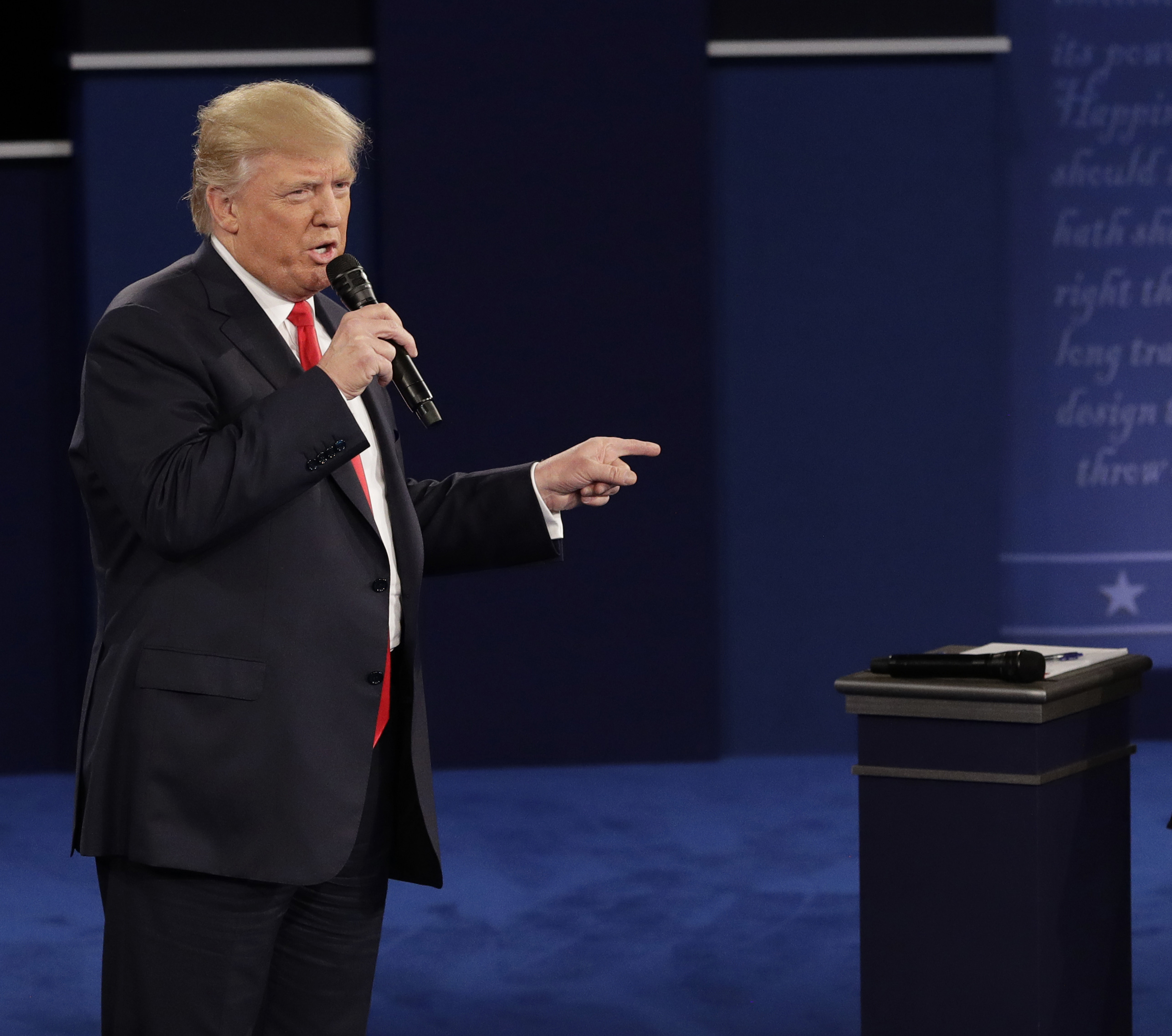 Over the course of the past year-and-a half, Donald Trump has shown his true colors: Those are misogynistic, racist, intolerant, inept and deeply problematic.

The U.S. deserves a better leader than Trump. With the recent remarks implying his kissing women without their consent and how he can grab them by the genitals and get away with it, as well as the multiple women who have come forward with allegations of sexual assault, voters should be fully aware of the threat this man presents to the citizens of the U.S.

This candidate should not represent the U.S. because, at its core, the U.S. does not tolerate the abhorrent values Trump represents.

Trump said Gonzalo Curiel, a federal judge who presided over a case involving Trump University, was biased because “he’s a Mexican.”

Trump said he wants to build a wall to keep out immigrants who he calls “criminals” and “rapists.”

Among other offenses, Trump spearheaded a long, racist tirade against President Barack Obama’s birth. Trump repeatedly put pressure on Obama to release his birth certificate, trying to prove he is not American. Obama’s birth certificate proved he was born in Hawaii. In the first presidential debate, Trump stood by his racist behavior.

Here is the question: would Trump have treated Obama in the same way if he were white? I think we all know the answer.

On Cinco De Mayo, Trump posted a picture on Twitter of him eating a taco bowl captioned with “I love Hispanics.” According to The Huffington Post, Gov. Jeb Bush responded by saying “It’s like eating a watermelon and saying ‘I love African-Americans.’”

Trump repeatedly treats racial groups as objects, like one person can represent an entire group of people.

At a rally in California in June, Trump tried to prove he was not racist by pointing at a black supporter and saying “look at my African-American over here.” The implications of this statement alone are horrid.

Trump’s feud with reporter Megyn Kelly further shows his intolerance. After a presidential debate, when Kelly asked Trump about his misogynistic comments about women, Trump retaliated by saying there was “blood coming out of her wherever,” according to CNN.

Trump supported his comments by saying, “she gained a massive amount of weight, and it was a real problem,” according to NPR.

These comments do not show a person who values women or treats them with respect.

We are the America that values progress, not regression. Trump’s values and policies do not promote progress, they promote separation, intolerance and hate.

We are not the America that will vote Trump into office, because underneath our differences in political views, we can see this man is not who will help further our country; he will try to tear down the progress that has been built up so far.