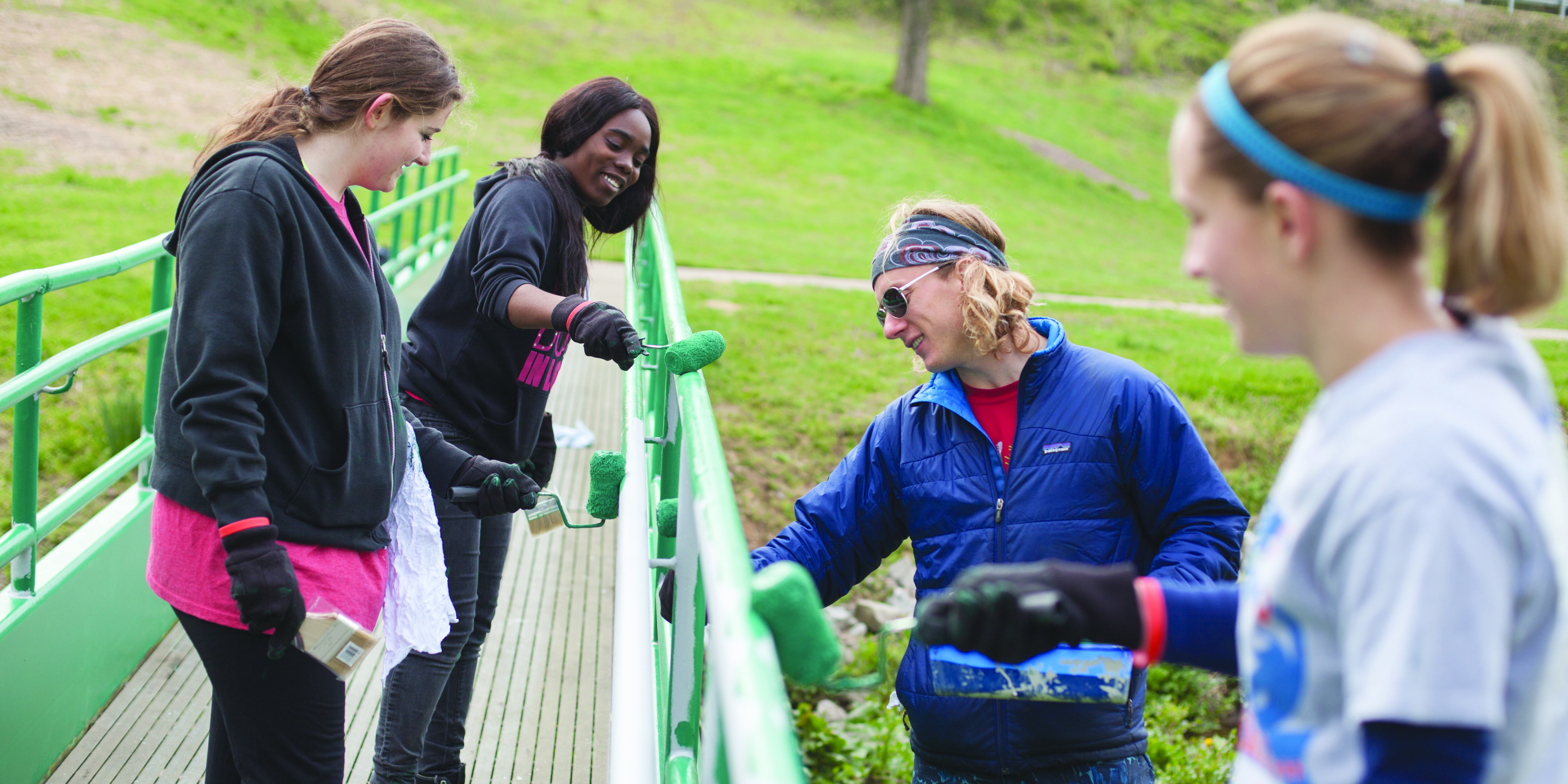 For the second year in a row, The Big Event brought out more than 500 APSU students to sites around campus and the Clarksville community on Saturday, March 19.

The Student Government Association sponsored this event as a way for students to get involved and give back to the surrounding areas. SGA President Will Roberts said he wanted to continue the tradition from last year because of its success.

“It was so successful last year,” Roberts said. “We kept it for the great response we had from our APSU and surrounding communities and we continued it this year.”

A new event SGA added was a carnival for children at Lincoln Homes held in the Foy Fitness Center after the work was done.

“As a student body, we have a lot to improve on with the way we view its residents,” Roberts said. “They are our neighbors and so if we are doing something good right here, we should reach out to them.”

Donned in black shirts and maybe even mud, students responded to the call of service and did not disappoint. Elizabeth Kelly, President of Collegiate FFA explained how fun it was last year and made sure her organization was involved.

“I did it last year and it was so much fun,” Kelly said. “I feel like there’s a stereotype surrounding students about us coming to school and partying but when they see that APSU students are actually here to benefit Clarksville, they are seeing that we actually care more because this is benefiting our future.”

Brandon Hamilton, member of AGR, spoke on why he chose to participate in The Big Event.

“I think it’s important because it builds camaraderie and people get to know each other, socialize and bond while doing a good thing,” Hamilton said.

SGA plans on continuing this event in hopes to make it a tradition on campus.

“It means a lot to everybody,” Roberts said. “It’s always good to give thanks in return to the people that help us out here at the university.