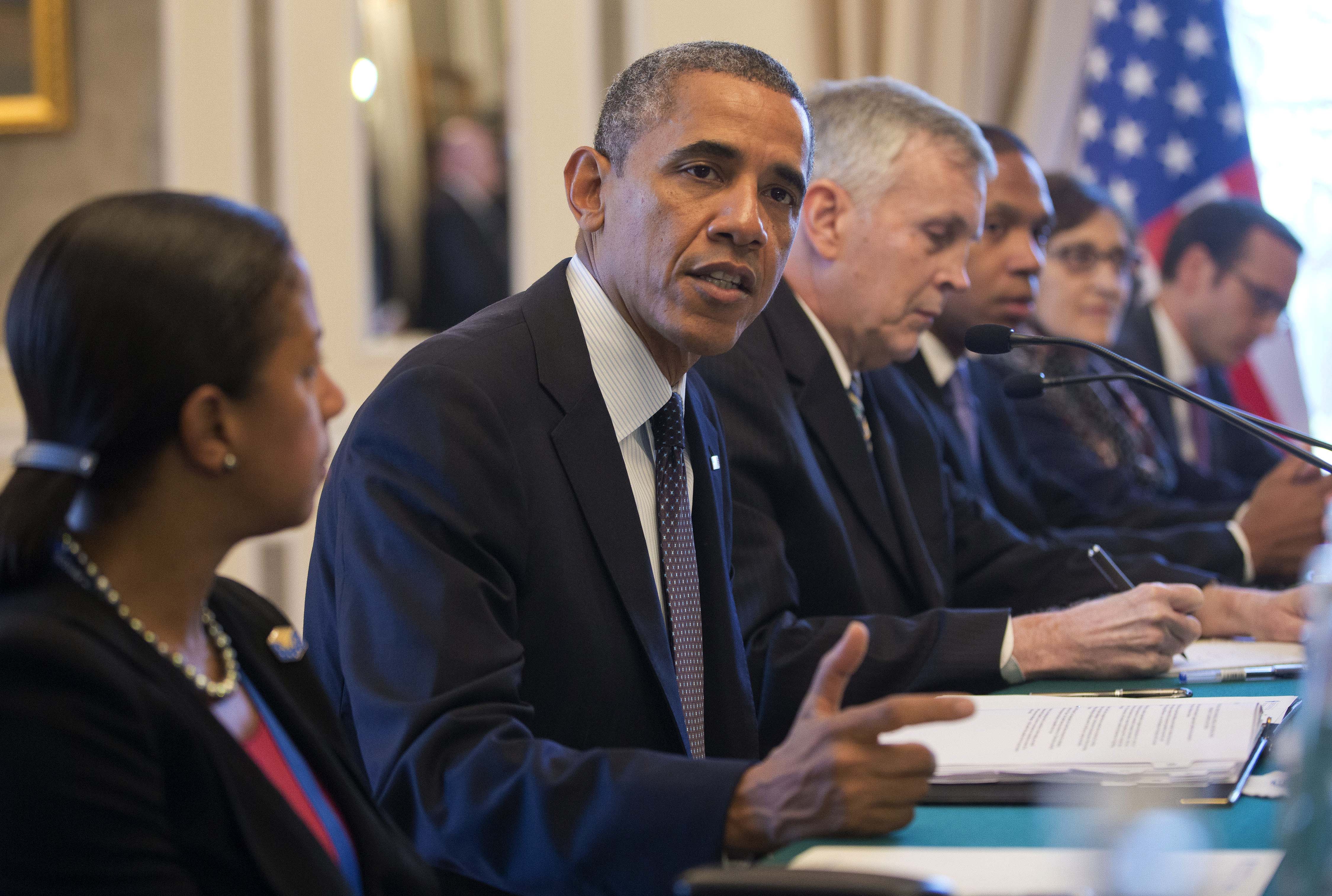 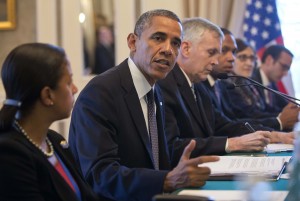 Since March 15, 2011 a conflict has been going on in Syria between activists seeking to remove the current government – a dictatorship with Bashar al-Assad at the helm – and the forces loyal to that government.

On Friday, August 30, the Students for a Democratic Society (SDS) and the Industrial Workers of the World (IWW) held a rally in the UC Plaza, called “Hands Off Syria.”

Lara Jennings and Preston Gilmore of the IWW and SDS respectively said at the rally that it seems like this is the start of yet another war for oil.

“The U.S. does not have the money to start something like this, and I have no wish to send someone’s children to fight,” said Jennings.

Gilmore said chemical weapons use was a false accusation created by the U.S. government.

“President Obama is acting unilaterally and using chemical weapons under the same pretense that President Bush did for the war in Iraq,” Gilmore said.

When asked about the U.S. role in Syria and what it should be, Zach Felts, an art major and junior said, “There is pressure from both sides to pull for action and non-action; to be honest, I’m indifferent.”

Andria Odom, a freshman in communications said, “I don’t want to say anything bad about Syria, but if I was there, I would want help.”

According to recent information provided by the United Nations, as of June 2013 there have been over 100,000 deaths in the conflict. Now, with information provided by the U.N., evidence of chemical weapons use has been found in Syria and the U.S. has condemned its practice. President Obama said the use of chemical weapons by the Syrian government “crossed a red line” and that the U.S. must act.

At the recent G20 meeting in St. Petersburg, Russia, the Associated Press reported that “10 members of the Group of 20 international economies joined the United States in accusing the Syrian government of carrying a chemical weapons attack on civilians last month [and] are Australia, Canada, France, Italy, Japan, South Korea, Saudi Arabia, Spain, Turkey and the United Kingdom”

There have been a wide array of reactions to President Obama’s choice to try to form a military strike against the Syrian government.

Anna Gregg, an associate professor of political science, said the G20 meeting is taking place in her hometown.

“Obama’s statements are understandably strong,” Gregg said, “because the world community expects this from the leader of the world’s only superpower. But it makes the administration’s political position vulnerable to criticism, whether or not any actions will follow.”

Gregg said no matter how precise the U.S. military strike could be, peaceful civilians may get harmed.

“It will definitely upset the balance of power in the region,” Gregg said. “Iran has already threatened retaliation against American targets in Iraq.”

Gregg said there is a lot of information not provided through media outlets in America. She said that while researching the situation’s coverage by the Russian media, she found that the anti-governmental forces in Syria have used terrorist methods such as attacking Russian and Ukrainian embassies in Damascus, kidnapping foreign journalists and holding foreign hostages to provoke international conflict.

Gregg said one reason Russian leadership refuses to believe that Assad’s forces violated international laws by using chemical weapons is because Russia has had long-standing economic relations with Syria.

According to Gregg, sales of Russian weapons have been on the rise since 2010 and it is quite possible that the chemical weapons used against Syrian rebels have Russian origin. Russia’s leaders, Gregg said, have grown increasingly uncomfortable with the American military presence in the region that president Putin had declared as “Russia’s sphere of influence.”

“Even though political scientists have had a sketchy record of forecasting the future, I would be really surprised if Assad’s regime in Syria lasts more than a few months, with or without U.S. military intervention,” said Gregg. “But the most important questions at hand are: what price will the Syrian people have to pay for this regime change, and what political forces will come to replace the power vacuum in Assad-free Syria?”

There is currently no set date on a vote where Congress could decide whether or not to back Obama’s military strike plan.