Athletics Director Ryan Ivey spoke with the SGA during their Wednesday, April 12 meeting, asking for their support in raising the athletic fee to $450 per semester, an increase of $50.

Ivey was hired in August 2015 to help lead the newly branded APSU athletics. The athletic department has been expanding since then, with a new football stadium and new basketball scoreboards.

Ivey said although the department has been expanding, it is still operating over budget and introducing new sports programs to the university (beach volleyball) despite being unable to provide scholarships for them.

“The way you get good players is to give good scholarships,” Ivey said, noting that APSU currently has a scholarship shortfall of 43.6 percent compared to the former Board of Regents schools.

Ivey also gave concrete numbers for the projected budget. The athletics department has submitted a projected budget of $250,000, but estimates actual expenditures will come to $315,000.

Ivey asked SGA for their support in increasing the athletic fee to address these issues, as well as others such as lack of office space, gender equity, lack of summer programs and a low number of full-time employees.

Every student pays the athletic fee, save for those attending on the Fort Campbell campus, as part of their tuition costs.

SGA President-elect Frank Burns noted the importance of speaking to the student body regarding the increase.

“We should all take it upon ourselves to go out to the students and ask them how they feel about it,” Burns said. “It’s people’s money,  even though it is a small fee.”

SGA will vote on the matter during their next meeting.

President Ryan Honea announced that legislation authored by Sen. Dominic Critchlow allowing university excused-absences to be issued by department chairs will be presented to the newly formed APSU board of trustees.

“In the policy committee, it was effectively passed and it is being sent forward to be voted on by the board of trustees,” Honea said. “So we are seeing implementation of legislation. That is very exciting.”

Voting on legislation began with the passing of Sen. Sara Alexander’s Act.No. 17, which asks for the change of all pronouns in SGA and APSU official documents from his/her to gender neutral pronouns such as they/their. Sen. Haley Palmeri said the Gay Straight Alliance voiced their approval of the act.

Alexander’s other legislation requiring senators to serve on a committee was tabled, with a yes vote from Alexander herself, after Vice President Dylan Kellogg noted the limited number of committee seats available.

“I feel like I have solved this problem. I have created a web portal where students can apply to serve on different committees,” Kellogg said. “We have a problem of lackluster legislation…this is not the right way we should go.”

Act No. 19, as well as Resolution Nos. 33 and 34, were also passed, calling for SGA announcements in Gov Says emails, improved Wi-Fi in student housing and healthier food options in the Dunn Center.

Act No. 20 – Sen. Dominic Critchlow – The student representative to the APSU board of trustees shall have not held any office in the SGA.

Res. No. 35 – Sen. Justis Hand – Requests the option of a username/password login for all PHAROS printing stations on campus for students who do not have their APSU ID readily available.

Res. No. 36 – Sen. Colin Crist – Calls for SGA to support the Campus Spirit Rock Committee to install a public canvas spirit rock on campus through sponsorships/partnerships.

Res. No. 37 – Dominic Critchlow – Calls for the continued notification of all APSU Board of Trustees actions to the SGA to keep students properly informed of their actions and reiterate that SGA meetings are open to any and all APSU students. 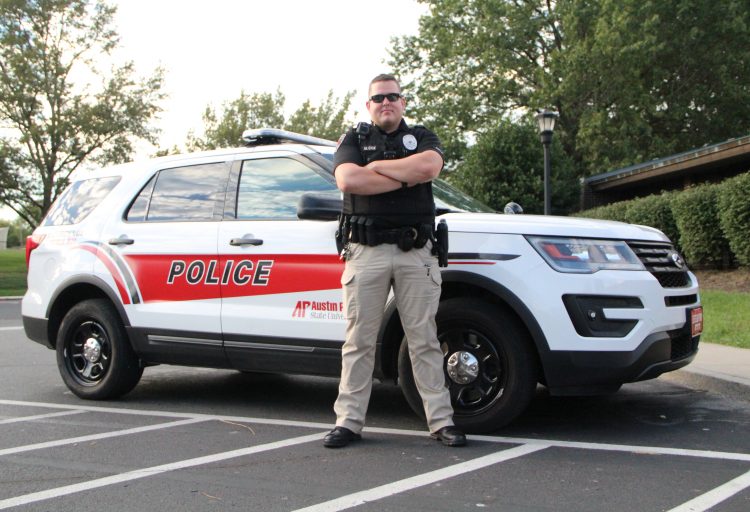