Hemlock Semiconductor and its affiliation with APSU’s Chemical Engineering Technology program has been a hot topic recently due to inaccurate rumors suggesting students who graduate from the program are guaranteed a job at the company.

Other local news sources have reported on the topic, with Channel 4’s Nancy Amons said, “It’s easy to see why a student might think he was in a Hemlock job training program -— it says Hemlock right there on the classroom building.”

Though the name on the building is “Hemlock,” it is because the company donated $2 million for the purchase of laboratory equipment, one of the largest monetary gifts given to APSU, not because they are affiliated with the CHET program.

The building was named for the company as a way to honor their contribution, much the same way buildings like Trahern and the Ann B. Ross Bookstore have acquired their names.

Chester Little, director of the Chemical Engineering Technology program, said the rumors are based on conjecture and no one is being fooled when they enter the program. “This is not fine print. It’s right there in your face.”

Little said a student would have to be dishonest to say they are told a job with Hemlock is a guarantee. It states on the program’s main website that no such guarantee is given or implied. Under the heading “General Information about CHET,” it expressly states, “Successful completion of this program will not guarantee employment with Hemlock Semiconductor or any other company for that matter.”

Matt Hembree, a member of the first class to graduate from the program, said students are told from the beginning, both by APSU and Hemlock, they are not guaranteed a job with Hemlock upon graduation. Hembree goes on to say the professors in the program stress the availability of jobs with other plants like TVA, Dupont and Kodak.

Though Hembree was offered a position with Hemlock, he said many from his graduating class got jobs with other companies such as TVA.

Little said even though a job with Hemlock is not guaranteed, an Associate Degree of Applied Science received from this program will prepare the graduate for a job in high-demand fields such as oil, gas, petroleum, alternative energy generation, nuclear energy, biofuels and agricultural chemicals, to name a few.

Little said Hemlock would be “foolish to limit their hiring only to APSU students,” when other schools offer similar degree programs. The company has certain entrance requirements for hiring, and some APSU students simply don’t have the grades.

Additionally, Little said the company is interested in having both newly graduated students as well as people who have worked in the field for several years and have more experience.

Hemlock would like to hire from many different skill backgrounds in order to have the most knowledgeable workforce possible, Little said.

Little stresses there is no animosity whatsoever between APSU and Hemlock Semiconductor.

Both groups have gone to great lengths to squash the rumor that graduating from the CHET program will guarantee a job with the company. TAS 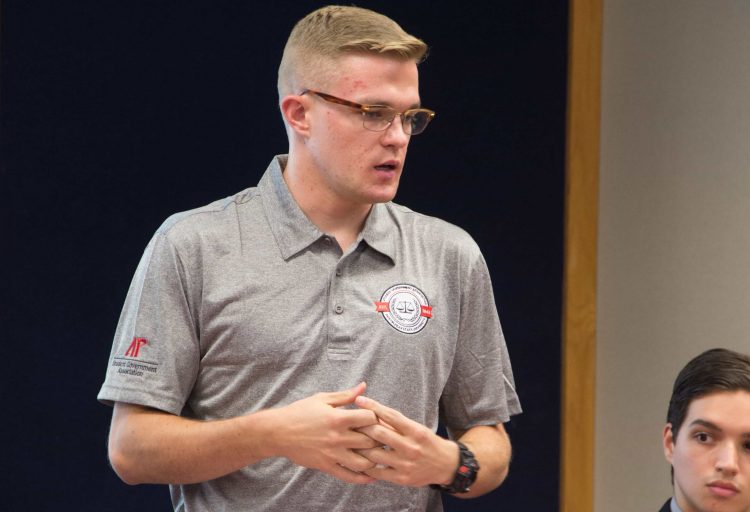