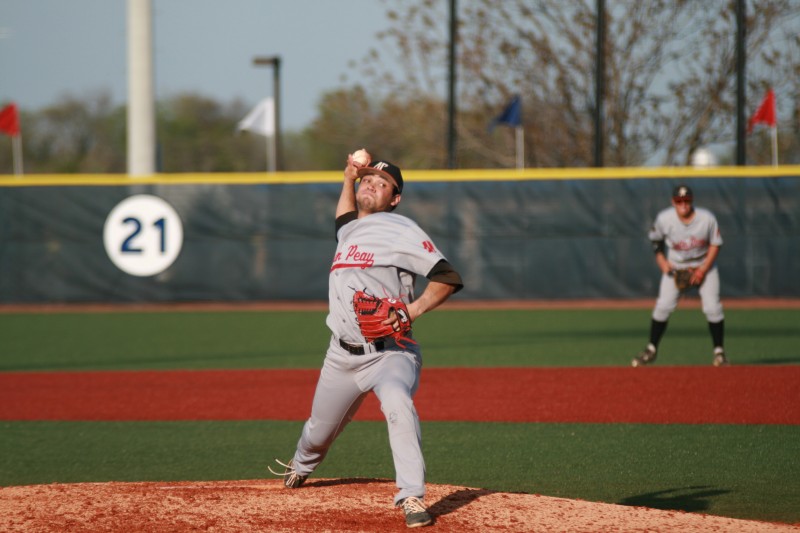 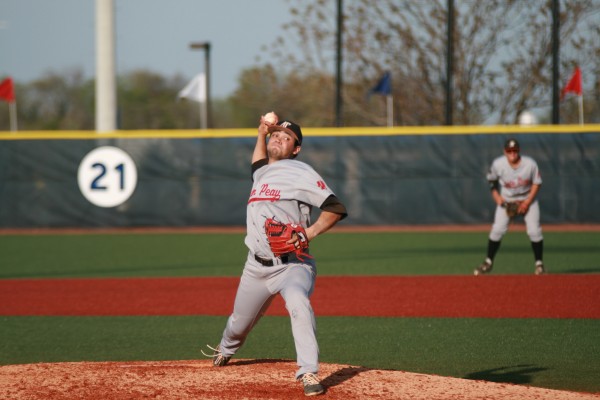 Alex Robles stood in the APSU bullpen prior to the game, and didn’t feel comfortable with all of his pitches before his start. But once he saw the first batter step to the plate, the freshman right-hander settled in to pitch a historic game.

In a 3-0 win against Belmont on Thursday, April 17 at E.S. Rose Park, Robles pitched a complete game, one hit shutout to silence the bats of the Bruins.

Robles didn’t have a firm grasp on his slider when warming up, but it was on point when he took the field. He used it, along with his splitter and changeup, to record a career-high nine strikeouts in a marvelous display.

“In the bullpen it looked kinda shaky, but he’s a bulldog when it comes to the game,” senior catcher P.J. Torres said. “(But) once he’s on the pitching mound to start the game he’s locked in.”

The lone hit Belmont had was a bloop single to right field by Drake Byrd which dropped in front of Rolando Gautier. Robles walked two batters, but the defense behind him was solid despite one error that was actually a throwing error by Torres. Alex Ferguson was able to reach third on the play, but that was as far as any Bruin went.

The second batter of the game, Kevin Corey, got to Belmont starter Patrick McGrath early with a solo home run to left. The Govs were able to load the bases with two outs, but a pop up would strand three in the first frame.

Leaving runners in scoring position would become a factor early on, despite a 1-0 advantage. In the second inning, the Govs played small ball to put runners at second and third, but a couple ground outs would wipe them away. So after two, APSU had a five in the left on base column.

Timely hitting would come in the sixth as the Govs brought home two to give Robles some insurance. Torres flied out to left center to score a run, while Ridge Smith singled through the right side for an RBI.

But all Robles needed was one to take game one was the three-game series.

“We’re right at a point in the season where it’s make or break time,” Robles said. “I think we needed to buckle down tonight and get a good win and get off on a good note to start this second half of the season.”