Like a bad game of middle school dodgeball, it looks like sides will once again be unevenly divided for the 2012 Presidential Election. The jocks get the charismatic all-star while the underdogs have been left with the chess team.

With the House of Representatives so enticingly stacked with Republicans, you would think it wouldn’t be so hard for the party to put up a worthwhile candidate.

However, they’ve fallen short, leaving us with forerunners including an alleged sexual predator, a two-timing ‘idea man’ and, worst of all, a politician who can’t make up his mind. It seems as though Obama has the election in the bag.

I won’t say Obama’s first term in office has been perfect. The economy, while it has shown slight improvement, is still unstable, and his administration has failed to handle the growing budget deficit.

His backseat treatment of Libya is viewed by some as a diplomatic failure, much like his similar attitude toward the Occupy Wall Street movement has been viewed as a domestic failure. Socialized health care, one of the main talking points of his 2008 platform, has been met with almost nothing but scrutiny and uncertainty.

However, in rewinning the affections of voters in 2012, the Republican treatment of his administration will only work in his favor.

The current experiment in bipartisan leadership has yielded little more than repeated failures in progression. If one party proposes something, the other party staunchly objects to it.

Health care and the budget are both prime examples of a fundamental failure to compromise. There has been little concern for the wellbeing of the American public and entirely too much emphasis on which party was good or bad.

We’ve reached a point where politicians make up their minds about policy before it’s even proposed. When an issue comes down to name calling and mud slinging, we’ve reached an unsatisfactory level of immaturity. If we’re still playing dodgeball, this point goes to the Democrats.

The public impression of the Republican Party was bad in 2008, and the past three years have done nothing to improve it.

At best, the Obama administration has proven neither party is perfect. At worst, it has proven reducing politicians to children is as easy as asking them to share. Either way, the bitterness of Republican House incumbents has only pushed Americans further left.

For challengers to the Presidential office, the Republican Party, for whatever reason, has produced nothing but candidates who are essentially the opposite of everything a Conservative should be. They lie; they cheat and fluctuate on fundamental conservative issues.

Each candidate continues to profess his stance on social values. As right-wing politicians, they believe in outlawing abortion as well as gay marriage for the protection of the American family.

Unfortunately for them, actions speak louder than words. Herman Cain is currently under investigation for several counts of alleged sexual harassment. Newt Gingrich is currently on his third marriage and has a reputation of sexual infidelity.

Mitt Romney, a man whom Fox News has dubbed “the man-with-no-principles,” is notorious for changing his mind according to whatever serves his purposes best. So much for family values, right boys?

Even the most anti-political person can easily see past the platforms of these men and note their inconsistencies. Furthermore, even the most hardcore Republican would easily choose Obama, whose public adoration of his family has become a model for fathers and husbands nationwide.

The icing on the cake appeared in a recent Republican debate in which the candidates repeatedly expressed support for waterboarding, the controversial and decidedly violent interrogation tactic used to procure information from detainees at Guantanamo Bay.

Even Sen. John McCain, the politician who lost to Obama in the 2008 election and is never shy to speak out about the mistakes the administration has made, publicly chastised the men for their remarks. Waterboarding is torture, plain and simple.

I have to believe, from a statistical standpoint, there are still good Republicans out there somewhere, hiding behind a sea of embarrassing ringleaders.

Barack Obama is not the worst president we’ve ever had, but he isn’t the best either. These guys make him look like a saint.

Like it or not, there is no real challenge to the Presidential office in the 2012 election. Unless Republicans can magically manifest some right-winged, incredibly scrupulous family man with a streak of honesty, this election will be a landslide. TAS 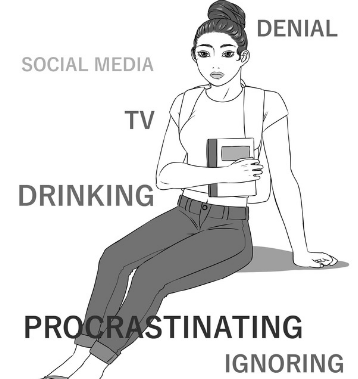