Race is an ongoing topic in America, whether in education, employment or poverty. Because it is sensitive subject matter, much debate is used to approach the topic of racial status in Greek life across the U.S.

Both Brand and Dominic Shannon, sophomore biology major and member of Kappa Alpha, said APSU Greek Life is “more accepting” compared to other schools, such as the University of Alabama.

Earlier this year, Alabama’s newspaper, The Crimson White, suggested two black females were rejected from joining an all-white sorority on the basis of their race. This event coincided with the university celebrating 50 years of desegregation.

According to David Person of USA Today, Judy Bonner, the university president, stepped in to promote racial diversity in Greek life.

Person said traditionally all-white fraternities and sororities at the school have shown little progress since their desegregation in the late 1960s.

Matthew Hughey conducted a racial demographic study of Alabama’s fraternities and sororities, since the university does not keep these records. His estimate of the average of non-white members in Greek organizations was 3.8 percent.

APSU’s office of Fraternity and Sorority Affairs does not keep records of the specific racial demographics of its Greek organizations either.

However, Brianna Lombardozzi, former Greek Life Coordinator, said, “APSU has an extremely diverse fraternity and sorority community … this is something the community prides itself on.”

According to Shannon, fraternities are “outreaching towards minorities” but they also have specific ideas as to what sort of character they are looking for in members, regardless of their race.

Shannon said, “Diversity is growing as a whole for the student body,” so he expects diversity to also increase the minority representation in Greek life.

“I understand why certain minorities would not want to join specific fraternities,” Shannon added.

Brand said, “IFC fraternities are traditionally white” and many people from other races “won’t be interested in it from the beginning. Culturally black people hang out with black people,” Brand said.

Brand thinks minority representation in APSU Greek life is “getting better,” but also, “it needs to improve a lot.”

Tessa Hall, freshman undeclared major and member of Alpha Delta Pi, said fraternities and sororities “are legitimately trying to get diversity” but many people of non-white races are not interested.

Hall said in her experience the “traditional little white sorority girl is what you see at recruitment.” Hall thinks it is “not the sorority’s fault they can’t get diversity.”

Erica Spiva, sophomore music major and member of Alpha Delta Pi, said the sorority demographics are “worse than campus demographics,” having more white members on average. Spiva also said “this is the same for most sororities at other schools.”

Spiva’s statement is true; many universities across the U.S. are dealing with the issue of racial demographics in their Greek organizations.

According to the Duke Chronicle, Duke University in North Carolina has social segregation despite its ethnic diversity on paper.

Duke sophomore Shirin Neyzi said, “It’s Greek life that perpetuates segregation, but it’s people’s mentalities that push them to do what they want to do. If people wanted to, they would find a way to get away from segregating themselves.”

Ryan Honea, freshman philosophy major and member of Kappa Alpha said minority status is “less of a university problem” and more of a “discrimination among people who want to join” the traditionally white fraternities or sororities.

Honea said it is natural for black students to join predominately black fraternities rather than fraternities that are traditionally white.

“It’s getting better,” Honea said, “but paying too much attention to it will make it worse.”

Hall said racial issues have become “a thing of the past” and this is “positively reflected by the unity of fraternities.”

Hall also thinks paying attention to demographics would have a negative effect on Greek life.

“The whole point of racial equality is that there’s not a difference between anyone,” Hall said. 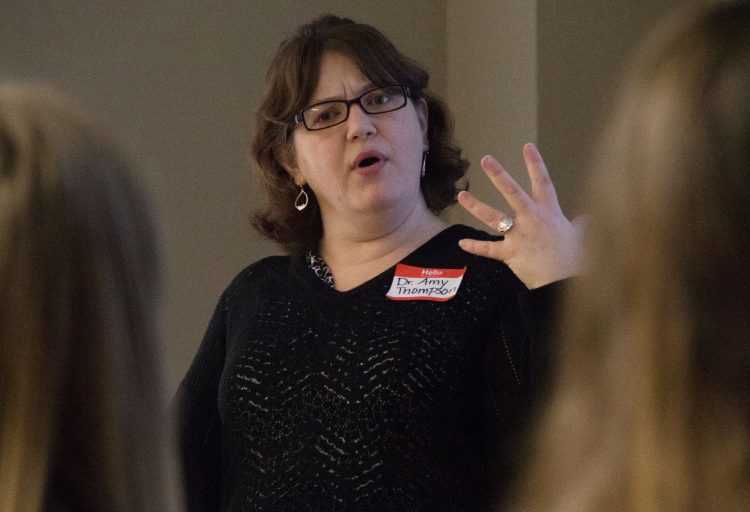