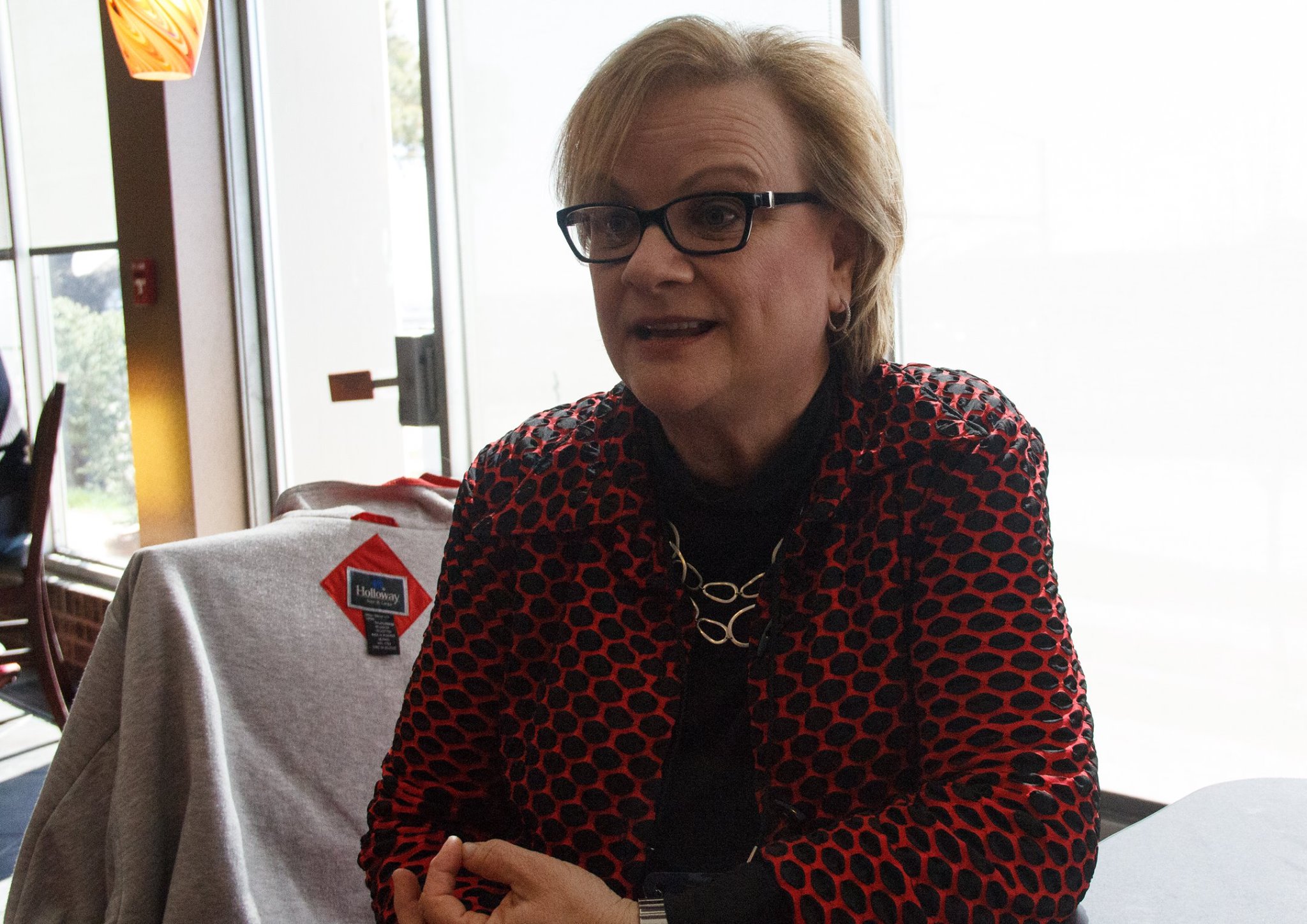 President Alisa White boarded the Charter bus Tuesday morning around 6:30 a.m. to reserve her spot to cheer on APSU in the NCAA Tournament.

This is White’s first presidency at a Division I school and her first trip to the NCAA Tournament to cheer on her university.

Along with regular season games, White attended all four of the Ohio Valley Conference Tournament games and cheered on APSU in all four of their victories.

“What I saw in the OVC tournament was almost magic,” White said. “From free throws, to three-pointers to shooting under the net. To not only defend, but to get past defenders was amazing to me. The fact that they are the No. 1 seed is irrelevant. It just depends on who shows up.”

White said the new football stadium started the rise of APSU athletics by acting as a catalyst to show that people believe in APSU athletics and its success.

“Any team can beat any team on any given day, and I am expecting today to be our day,” White said.

If APSU pulls off the upset, White said she will head to wherever the next stop is.

“I’m committed, I would do it for any team,” White said.