APSU President Tim Hall has more in common with students than one would think.

Hall is enrolled in the art department, where he takes a three-hour drawing class. He spends two hours, three times per week, doing what Hall describes as “the challenge that helps to get your mind off work.”

Hall balances a heavy schedule of running the university and his artwork. He can often be found  at 7 a.m. in the Trahern Building working on his assignments.  Hall said his instructor, Rusty Barwicke, helps him out by allowing him to come in early on the weekend to work on his art if he cannot find any other time to sketch. Hall said he carries a sketchbook on board airplanes and draws there at times.

The dynamics of having the school president in class are not what one would think.

“I feel intimidated by the students,” Hall said.

“The students are the real stars.”

Hall believes the art students produce better work than he does. Hall’s daughter, a senior art student working in graphic design, is always available to offer feedback to him on his work. He said she usually tells him that he is doing a good job. Hall believes he is heading in the direction of painting, and wants to take at least two more art classes.

“I just love being around the students in class and to learn from them,” Hall said. He believes creating art “gives back” to society. Hall is interested in drawing portraits, but said, “I’m a long way off from that.”

Hall said he believes people live longer if they do things they love to do and stay busy. In the past, Hall has studied music and poetry as well. He said he is molding his interests beyond work because the day will come when he will retire, though not soon.

Hall said he believes one should “retire to something” rather than simply retiring from a job. He believes the moment one stops, life is over.

Presently, Hall’s challenge is to create two-dimensional art. He continues to find similarities between his art and regular daily work. He said he strives for excellence in both areas, even if that means he has to be at the gym or with his trainer working out at 6 a.m. When asked how the students addressed him, he said, “They call me Tim.” His artwork is public and can be viewed by anyone on his Facebook page. TAS 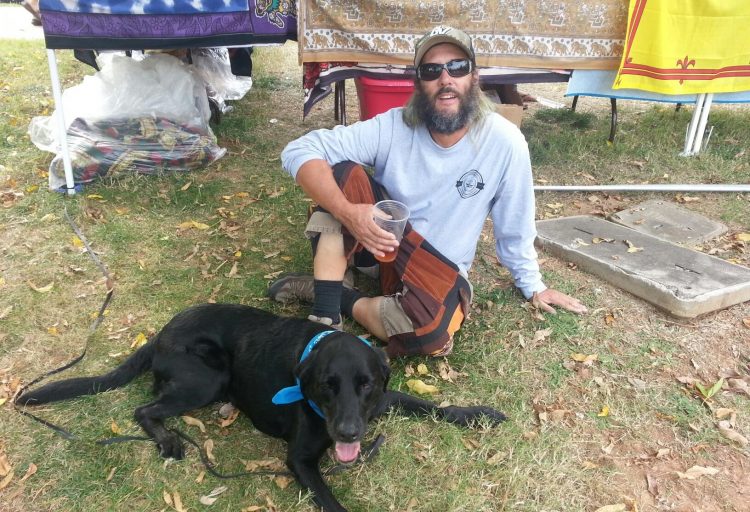