As the culmination of the 2014 Peay Read, Luma Mufleh came to the Dunn Center on Thursday, Oct. 9, to deliver the keynote speech.

Mufleh is the coach of several refugee soccer teams in Clarkston, Ga. They’re called the Fugees, and “Outcasts United,” the book focusing on their experiences was the choice for the Peay Read this year.

As the keynote speaker, Mufleh’s speech is the the final event of the Peay Read.

The first thing that Mufleh did after taking the stage was take a picture to prove she was talking to such a large crowd. After that, she garnered another laugh by admitting that she was hoping to finish the event in time to watch the televsion show “Scandal” that night.

“I hadn’t expected Mufleh to be funny, so it was quite a surprise when she made some jokes,” said freshman Emma Ferrell.

Once she had the attention of her audience, Mufleh started to talk about her life.

A child of millionaires, she didn’t understand true need until she took a trip to Thailand with her family.

Despite seeing the terrible conditions there, Mufleh admitted she went back to her own life and did nothing about it.

This attitude changed after she moved to the U.S., without the financial support of her family. Mufleh made a wrong turn and found a group of boys playing soccer.

“I asked them if they’d ever played on a team,” Mufleh said. “They said no, but they’d love to.”

Mufleh’s involvement with the refugees only increased after that. She shuttled boys to and from soccer practice, tutored the kids to help them catch up with native English speakers and even helped their families put food on the table. Now, however, she is looking outward for help.

“If you looked at the data, you’d see this is an unsafe investment,” Mufleh said, referring to the negative statistics about refugee children in the U.S. “As long as we have wars, these kids will need our program.”

She ended her speech with a reminder to imagine what it would be like to walk in someone else’s shoes.The crowd gave her a standing ovation.

“Mufleh’s speech was inspirational,” Ferrell said. “It showed that if you believe in something and work hard enough, you can do anything.” TAS 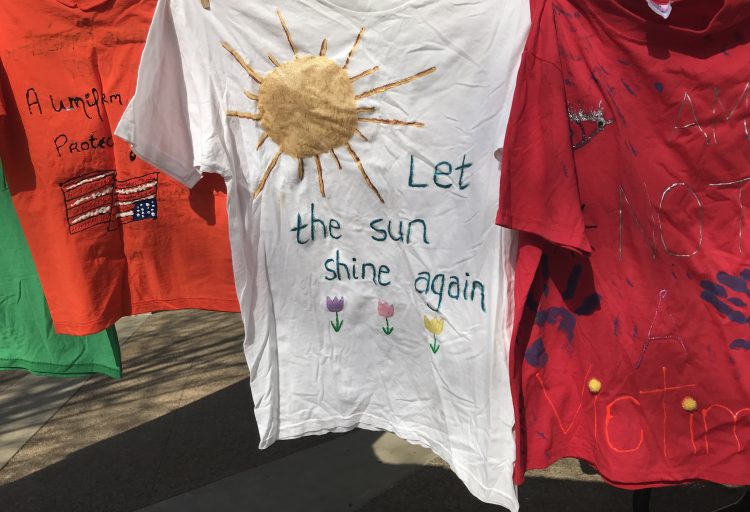