The Democratic governor’s move, announced Saturday, comes as gay rights advocates have campaigned state by state with mixed results to try to ban a practice that major mental health organizations have repudiated.

Using executive power in a state where legislative bids to ban the therapy have stalled, Cuomo announced planned regulations that would bar insurance coverage for the therapy for minors and prohibit mental health facilities under state Office of Mental Health jurisdiction from offering it to minors.

“Conversion therapy is a hateful and fundamentally flawed practice” that punishes people “for simply being who they are,” Cuomo said in a statement.

It’s unclear how prevalent the practice is in New York. Cuomo’s office didn’t immediately respond to inquiries Saturday; nor did a handful of New York mental health organizations. A spokeswoman for the New York Health Plan Association, an insurers’ group, was unsure.

Insurers will wonder whether the new regulations will obligate them to investigate whether any given mental health visit was for conversion therapy, spokeswoman Leslie Moran said.

Nationwide, there are no firm figures on the extent of conversion therapy. But proponents and critics have said it is not rare for lesbian, gay, bisexual and transgender youths to undergo some sort of program aimed at changing their sexual orientation or gender identity or expression.

“No young person should be coerced or subjected to this dangerous so-called therapy,” Griffin said in a statement.

But supporters of the therapy say prohibiting it limits treatment options and undermines religious liberty.

Minors “should have access to professionally based, ethically directed care that assesses, clarifies and aligns with their deeply-held values, faith and life goals,” Carrie Gordon Earll, the public policy vice president of the conservative Christian ministry Focus on the Family, said by email Saturday. She said the group opposes efforts like New York’s.

California, Oregon, Illinois, New Jersey, Washington, D.C., and Cincinnati have outlawed the practice. But efforts to ban it have fallen short in several other places, including Colorado, Nevada and Iowa.

In New York, a ban has passed the Democrat-controlled state Assembly twice. But it has gotten nowhere in the Republican-led Senate.

The new regulations wouldn’t apply to counseling that discusses but doesn’t try to change sexual orientation or gender identity. 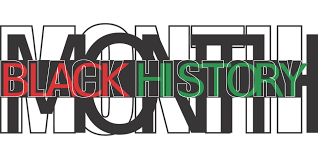