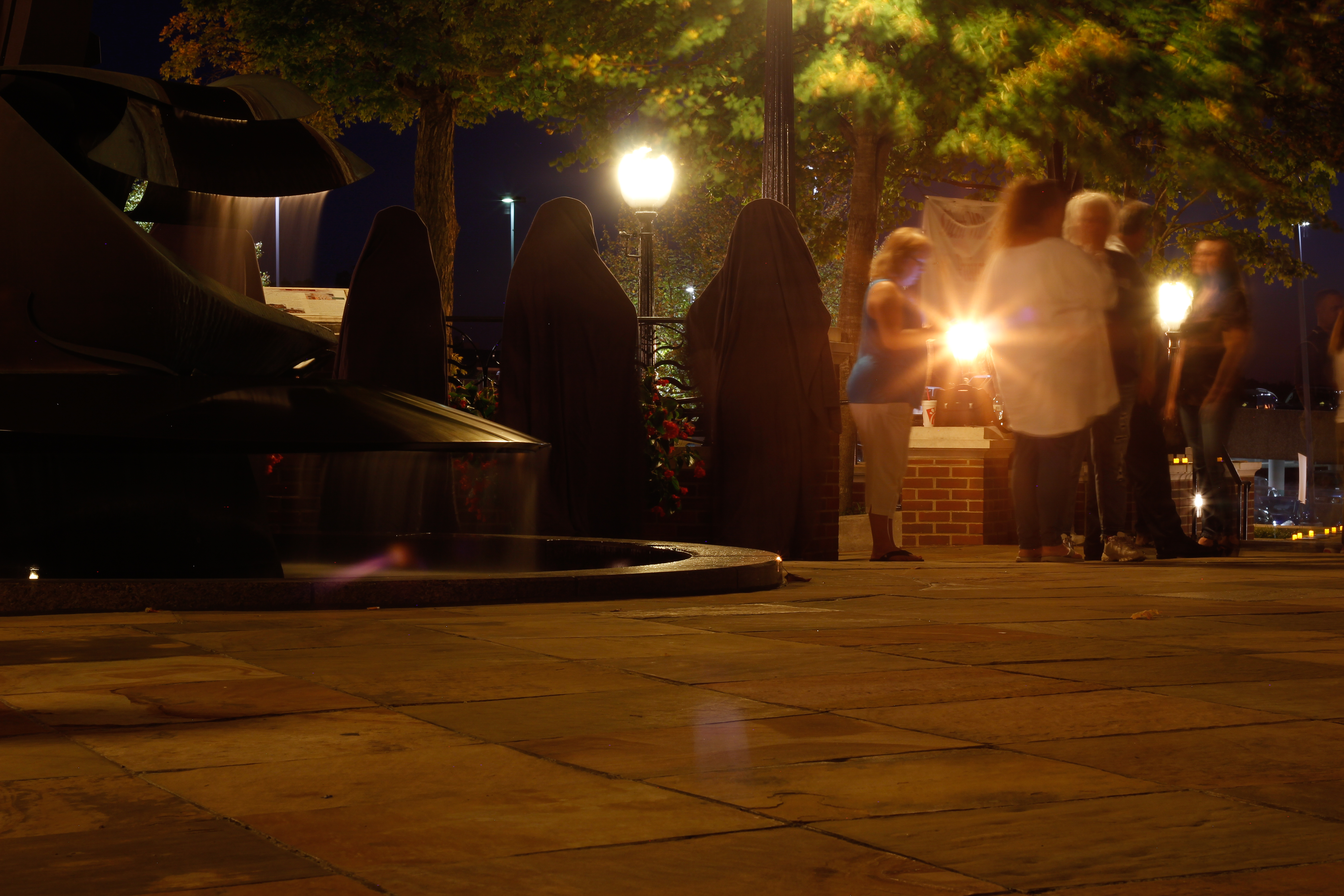 Domestic violence occurs all over the U.S. and can happen to people of all races, genders and ages. Every year the Montgomery County Sheriff’s department hosts “Silent Witness” in October as part of  Domestic Violence Awareness Month.

This year’s “Silent Witness” project was held on Thursday, Oct. 7. The community gathered to hear a short presentation about the presence of domestic abuse almost everywhere and learn about local victims. The event honored men, women and children from Clarksville who have lost their lives to domestic abuse. Each victim was represented by a wooden silhouette and a shield with their story on it.

Montgomery County has hosted the event for 15 years, and APSU’s Feminist Majority Leadership Alliance began partnering with the Sheriff’s Department on this project last year. This year, Deputies Peggy Macias and Dott Duncan put the event together.

Each time, the department uses a different method of presentation to make a lasting impression, so instead of putting the shields on the silhouettes like in the past, they lined them along the borders of the plants outside the courthouse. Each shield had an electric candle by it and when a victim’s name was read by the event speakers their candle was lit. The first time the county hosted this event, the silhouettes were presented with their covers still on.

“The silhouettes are covered because all these victims are gone. Their lives were claimed by domestic abuse. Their stories are still alive but the actual lives are lost,” Macias said.

After the presentation, the attendees could walk around and read about the victims and learn about the event’s partners. The county also partners with establishments around Clarksville. This year they partnered with Daymar College and Clarksville’s Safe House, which sends yearly representatives.

“We do this to bring awareness and support to the families. Some of these victims have been to our shelter. We also come because we want to help bring awareness to the community,” Safe House representative Deidra Ware said.

“These people were shot, beaten, raped, set on fire and ultimately killed. It is so important to bring awareness to this issue. If we would watch out for each other we wouldn’t have to do this. Children wouldn’t have to go without parents and parents wouldn’t have to live without their children,” local resident Laurie Stewart said.

In addition to awareness, “Silent Witness” provided information on when and what to report and how to report it. The goal of the project is to have the  Clarksville community stand up and work together to put an end to the sometimes silent murderer that is domestic violence.

“People should learn to speak up from this event,” local resident Chance Macias said. “I knew one of these victims, and I do not want this to happen to anyone else.”