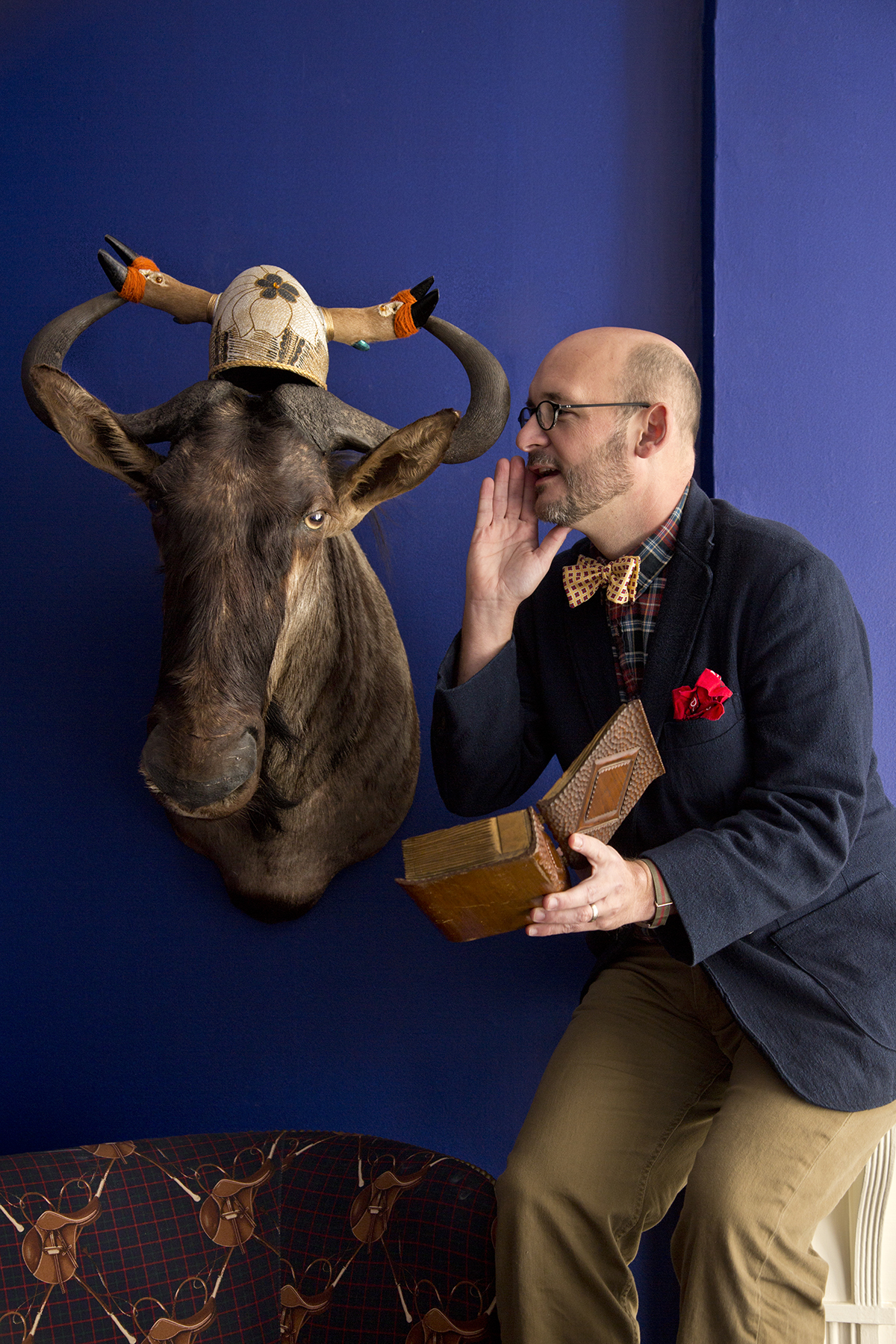 A new book has reached the shelves across America. Its Memphis-born author travelled around the world to promote his first published novel, and one of his stops was Clarksville, Tenn.

The book itself, The World’s Largest Man, written by Harrison Scott Key, is actually a memoir about his late father, and is filled with anecdotes of life in rural Mississippi, filled with “pious, Bible-reading women and men who either shot things or got women pregnant.”

At the center, however, is his larger-than-life father, whose definition of a true man far exceeded what Key was able to achieve.

Key himself received his B.A.in psychology from Bellhaven College in 1997, as well as an M.S. in theater from Texas A&M Umiversity-Commerce in 1999, a Ph.D. in speech communication from Southern Illinois University in 2003, and a Master of Fine Arts in writing from Savannah College of Art and Design in 2013. While he has been writing shorter works for a number of years, this was his first full-length book to be published.

Unlike most memoirs, Key’s telling includes pictures. He said he wanted to give the book a “fantastical feel, like a fairy tale.” As he is telling the story of his father, however, he is also describing the rest of his family, and as he does so, he never gives any of the family members’ real names.

For instance, his older brother, the embodiment of everything his father seemed to want in a son: fearless, fun-loving, and enjoying the hunt, had the nickname of Bird, and it’s that nickname Key uses to name his brother. Key said this quickly got complicated.

Towards the later years of his father’s life, Key remarks his image of his father started to change, particularly when Key became a parent himself. While reading part of the book that was later scrapped during editing, Key described a boating trip with his brother, when he lost his father’s prized, and expensive, fishing pole.

“[My father] made us go back out there,” Key said. They scoured the waters of the marsh with their family fishing boat, “as the skies began to darken and the animals of thr night started coming out.”

Bird jumped into the water immediately, searching for it at the bottom of their marshy lake, while Key clung to thr sides of the boat in terror, afraid of what he thought were alligators in the water.

Fast-forwarding a decade or two, Key takes his two daughters on a boating trip, and as they started travelling towards a deserted island, he begins to compare the “unknown wonders and creatures of this island” with the uncharted mysteries of the marsh back home.

“We encountered a dorsal fin coming out of the water, and one of the girls immediately screamed ‘Shark!’” Key said. Key suggested it was a dolphin, or a mermaid, and the fear turned into speechless wonder. Now, the mystery became something wonderful, and, in his own way, Key’s father had taught him how to do that.