One recent incident I came across that I wanted to address was from last Wednesday and early Thursday morning, when raining showers and storms by the stalled warm front dumped 3 to 7 inches of rain at and around Nashville metro areas, according to an estimation from NWS Nashville.

Two people died from flooding. On top of the rainfall, two confirmed EF-0 tornadoes touched down east of Nashville Metro. At that time, Fox 17 meteorologist Katy Morgan interrupted “The Masked Singer” to warn people about dangerous weather conditions only to get bullied and cussed at by “The Masked Singer” viewers on social media. The picture from a tweet shows some of comments Katy had received while broadcasting important weather information.

Yesterday 2 people died due to flooding. 2 tornadoes caused damage. Unfortunately, I had to cover The Masked Singer to warn people about the dangerous conditions moving in. Here are some comments I received while on air. I will always put lives ahead of a TV show. pic.twitter.com/DmRf2cSZzq

For a starter, let the TV meteorologists do their job, even if they have to interrupt your favorite TV shows to inform people about dangerous weather conditions. Back oon April 27, 2011, I used to enjoy American’s Funniest Home Videos, but it had been interrupted so many times during the show. However, I really appreciate that they put lives ahead of regular old TV shows because the outbreak was so severe, even for East Tennessee and the South. People were paranoid. It was their job, and I wanted to see that people will understand that the broadcast meteorologists are doing their jobs to save lives.

Also, people can stream their favorite shows on YouTube or any other streaming service if they missed the show due to dangerous weather conditions. In a way, bullying the meteorologist(s) for cutting in on favorite shows and doing their jobs to save lives, when not seeing baseball-sized hail smashing garages or floodwater creeping into your basement is a bit of an entitlement issue. Someone will get hit by a tornado, a hailstorm, a flood or any dangerous weather, but not everyone will see it. Again, lives are way more important than your favorite TV shows. The satirical cartoon by Lyncoln below illustrates the issue nicely.

Just going to leave this one right here… pic.twitter.com/jnUGfY6BE0 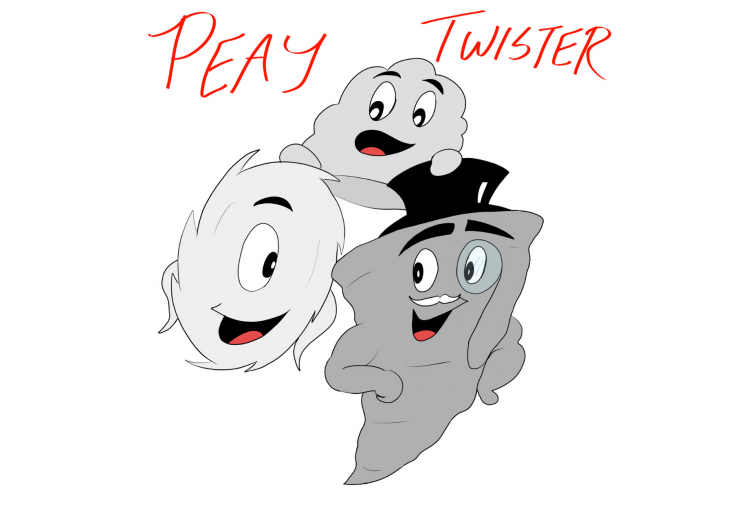