Senior guard Whitney Hanley faces off against a defender in the Dunn Center.

After only one exhibition game, the Lady Govs basketball team dove head first into the regular season with a home opener against the Southern Illinois Salukis. The two teams have only played 3 times before, with the Salukis up 2-1 in the series.

With a career high 28 points, senior guard Whitney Hanley showed one exhibition game was all she needed to get ready for the regular season. She led her team to a 76-70 victory.

The two teams were evenly matched for the majority of the game. After being tied at 34 at halftime, the Lady Govs seemed to take control in the second half. Producing turnovers and outrebounding the Salukis helped them establish a 11-point lead with four minutes remaining. However, Southern Illinois’ Teri Oliver brought her team back in the game.

Oliver made three, 3-pointers in a row to tie the game at 67 with 2:27 left in the game. Oliver finished leading all scorers with 32 points.

The Lady Govs returning starters made clutch plays to get the win. Olszewski made a steal and then an assist to Whitney who made a Layup to take a 69-67 lead. After the ensuing Saluki missed field goal, Rayner grabbed one of two clutch rebounds in the games final two minutes to stop any Saluki second chance baskets.

Also crashing the boards when it counted was Bussabarger. Both she and Rayner got to the free throw line after battling in the paint and made 2-of-4 free throws in the last 90 seconds.

The rest was all Hanley. Oliver made one more 3-pointer to keep her team in the game, but Hanley scored the last five points, three from the free throw line, to get the win.

“We are thrilled to get the victory and starting off the season 1-0,” said head coach Carrie Daniels. “We gave up some leads, I think we had a 9-point lead in the first half and a 10-point lead in the second. It’s not ideal ever to have those types of leads and let a team come back on you. But I am pleased with the team to be able to, after giving up those leads, to come back and be able to get the win.” 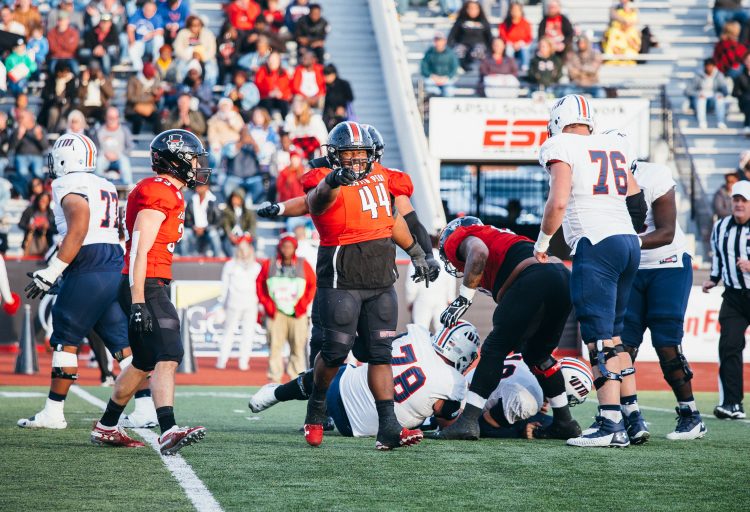