Thanks to a walk off home run by sophomore Tiffany Smith, the Lady Govs were able to win the first game of the series in extra innings. However, they could not generate enough offense to win the other two games and lost the series to the Panthers.

They tied the score when sophomore pitcher Morgan Brewer smacked a 2 RBI triple into right center.

Then, in the bottom of the eighth, Smith homered over the left field fence.

Brewer (7-14) earned the win and pitched a complete game, allowing only two runs on four hits with four strikeouts.

EIU’s Amber May (18-4) was tagged with the loss. She held the Lady Govs to three runs on five hits and struck out seven.

Like the first game of the doubleheader, the Lady Govs fell behind early.

The Panthers scored three runs in the third inning with the help of a two run shot by EIU’s Kiley Holtz.

The Lady Govs did not answer until the bottom of the sixth. By then, they were down 6-0.

That would be the only score for the Lady Govs.

EIU’s Stephanie Maday held the Lady Govs to only two runs on three hits and struck out six in her seven innings on the mound.

Brewer was tagged with the loss, pitching in relief.

It only took the Panthers five innings to put the Lady Govs away in the series finale.

With five runs in the third and six in the fifth, EIU left Clarksville with the series win in plenty of time to get ready for Easter Sunday.

The Lady Govs scored only two runs in the game. The first was an RBI single by Mills after Davenport reached on a bunt.
The second was a home run hit by redshirt sophomore Shelby Norton. It was her fifth home run of the season.

Only four Lady Govs produced hits in the game. Mills was the only player with multiple hits

This has been a tough season for the Lady Govs, and they hope to reverse their fortunes soon.

The first will start Saturday, April 30 in Cookeville, Tenn., against Tennessee Tech.

Then, they will finish the regular season at home against SIU Edwardsville Saturday, May 7. TAS 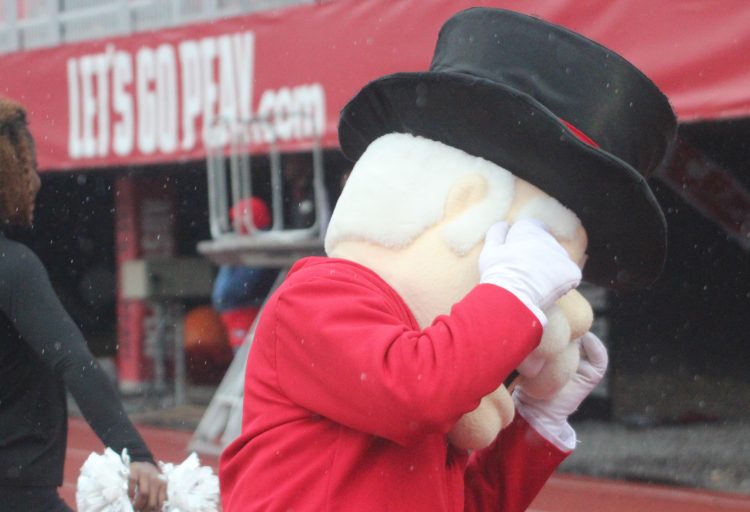