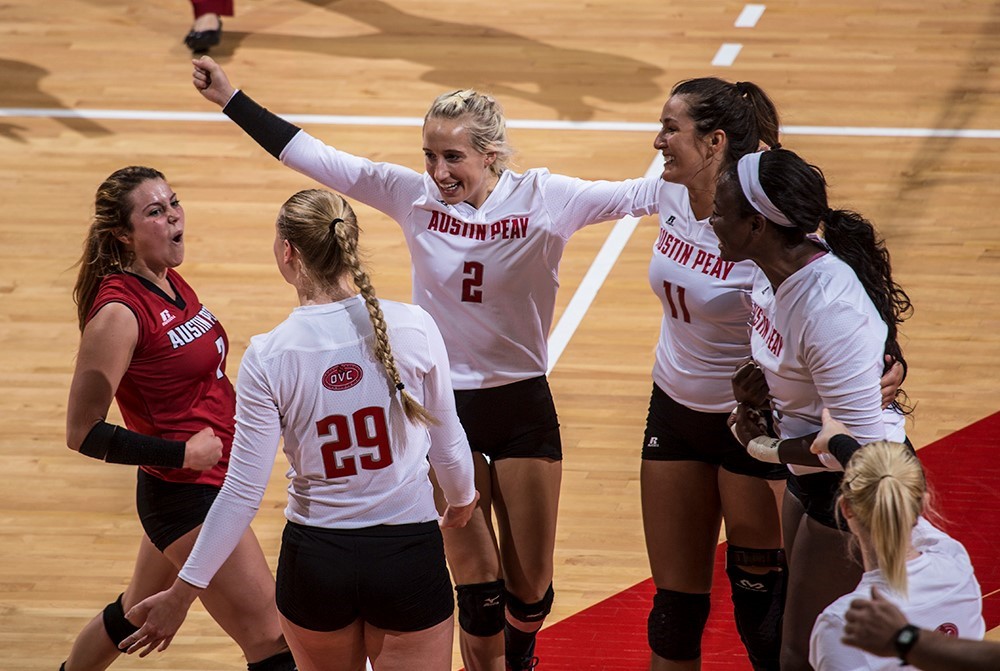 The Lady Govs maintained their intensity in the second set, and the offense posted 18 kills compared to JSU’s 10 kills. The Lady Govs built a 15-8 lead, but JSU managed to combat APSU when they closed the gap to 15-13. After the Lady Govs took a timeout, they returned with a 6-point run to bring the score to 21-13. APSU only allowed JSU two more points in the set before ending it with at 25-15.

It was clear that the Gamecocks regrouped during the break between the second and third set. JSU claimed an early lead in the last frame, but the Lady Govs tied it up at 7-7. However, JSU and APSU went back and forth until the Gamecocks constructed a five-point lead of 15-20. Freshman Ginny Gerig had two service aces to put the Lady Govs at 19-20. A kill by Ashley Slay gave APSU the lead, and also put them at set point 24-23. Slay closed the match for the Lady Govs, and secured their victory against JSU.

Ashley Slay showed another great performance with 14 kills, while Cecily Gable followed with 13. Ebright played a great defensive match with 12 digs. The Lady Govs won this match with their offense with 58 kills against JSU’s 34.

The Lady Govs still remained at the top of the OVC after this match against the JSU Gamecocks.

APSU showed a solid performance in the first set, and despite the nine-point difference between the teams, so did TTU. However, the fact that TTU had eight attack errors gave the Lady Govs plenty of chances to capitalize on TTU’s faults.

APSU continued to dominate TTU in the second set. They took an early lead, and they held onto it through the rest of the set. APSU had a few mistakes late in the set, which allowed TTU to begin to catch up. This turned their comfortable led of 21-11 to 24-22. Luckily, Sammie Ebright stepped up, and was able to end the set at 25-22.

The Lady Govs resumed their routine of taking an early lead in the third set. Although TTU maintained their ability to fight back against the Lady Govs. APSU’s Christina White worked hard to put the Lady Govs ahead with a couple of kills and an ace, and a kill from Cecily Gable put the Lady Govs at set point 24-20. K’Vonna Johnson for TTU hit the ball out, which gave APSU the win.

White showed an outstanding performance against TTU with 13 kills. Ebright also continued to play solid defense for the Lady Govs with 18 digs.

Ashley Slay posted 11 kills in this match; however, coach Taylor Mott believes Slay brings much more than talent to the team. When asked about Slay’s attitude before games, Coach Mott said, “She is the heart and soul of the team when it comes to energy. Today she’s done a great job with being consistent with the energy. We love that about her.”

The Lady Govs have reached the mid-point of their season, and when asked about practice Coach Mott said, “Now is the time to go lighter because the girls’ bodies begin to breakdown over time. We try to give them time off when we can. We’ll practice smarter not harder to work on the things we did not do so well tonight.”

The Lady Govs’ next match is against Middle Tennessee State University on Wednesday, Oct. 19. 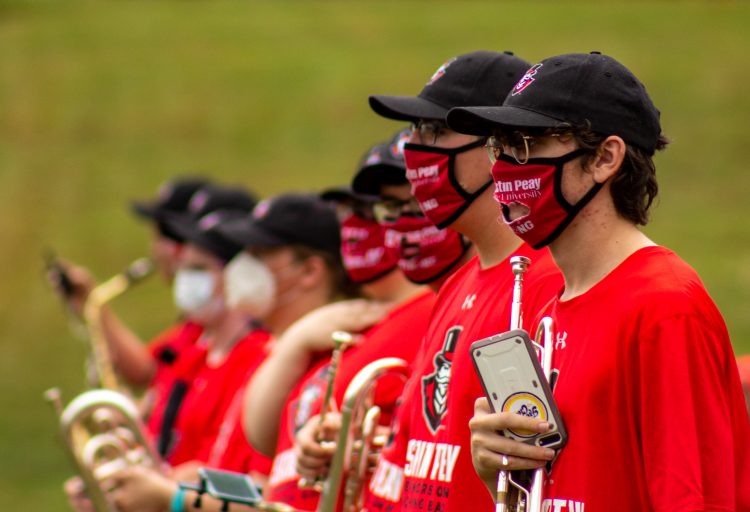 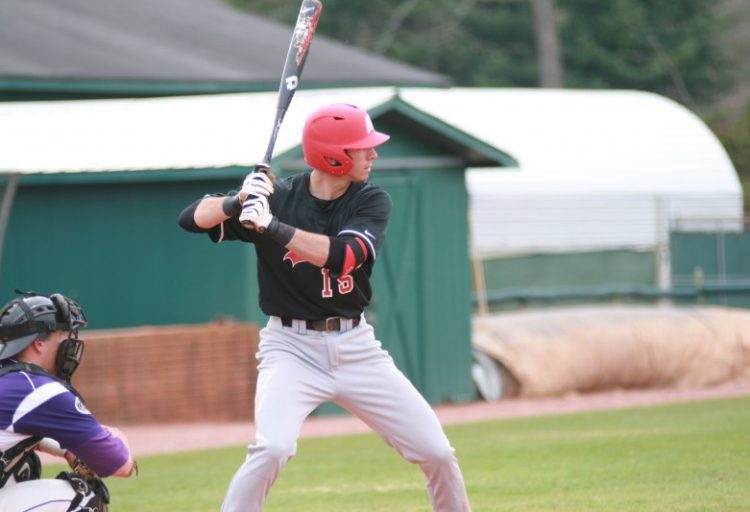