The Austin Peay baseball squad started Ohio Valley Conference play over the weekend, traveling to Eastern Illinois to take on the Panthers for a scheduled three-game series.

The Govs won the Friday and Saturday games by scores of 11-3 and 5-2 respectively. Sunday’s contest was cancelled due to inclement weather and isn’t expected to be rescheduled.

Austin Peay improved its record to 17-2 on the season, with two OVC wins under their belts. EIU fell to 3-14, 0-5 against OVC schools.

The Govs came into the opening game Friday with a ton of momentum, riding a seven-game winning streak, and carried that streak to Eastern Illinois to defeat the Panthers by a wide margin.

Pitcher Lee Ridenhour led the way for the Govs, going eight innings and allowing just three runs on nine hits with eight strikeouts. Tommy Hager came on to pitch the ninth and struck out two of the three batters faced.

The offense came through in the fourth inning with seniors Reed Harper and Cody Hudson putting Austin Peay on the board. Hudson doubled to left field, giving Harper a chance to bring him home.

In the fifth and sixth innings, the Govs tallied eight runs on eight hits and a couple of EIU errors, putting Austin Peay up 9-3.

Craig Massoni blasted a two-run home run in the ninth, which solidified the first OVC win of the year for the Govs.

Game two of the series was a closely contested game from start to finish, with head coach Gary McClure relying on his pitching staff to get the job done.

Casey Delgado got the start for the Govs and earned the win by pitching six innings, allowing just two runs on three hits. Kacy Kemmer came on in relief to pitch the seventh and eighth and kept the Panthers off the scoreboard.

Closer Tyler Rogers picked up his eighth save of the season and is now one away from breaking the all-time record at Austin Peay of 20.

The Govs will be on the road Wednesday to play Indiana State for the second time this season before hosting Jacksonville State at Raymond C. Hand Park March 22-24. 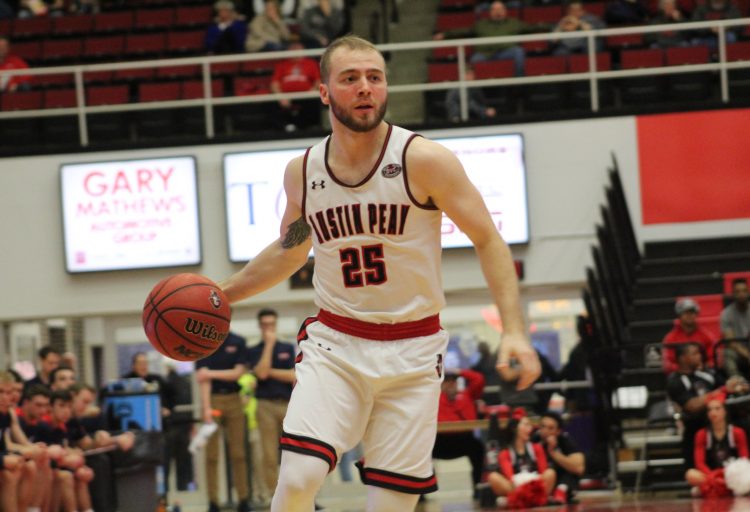