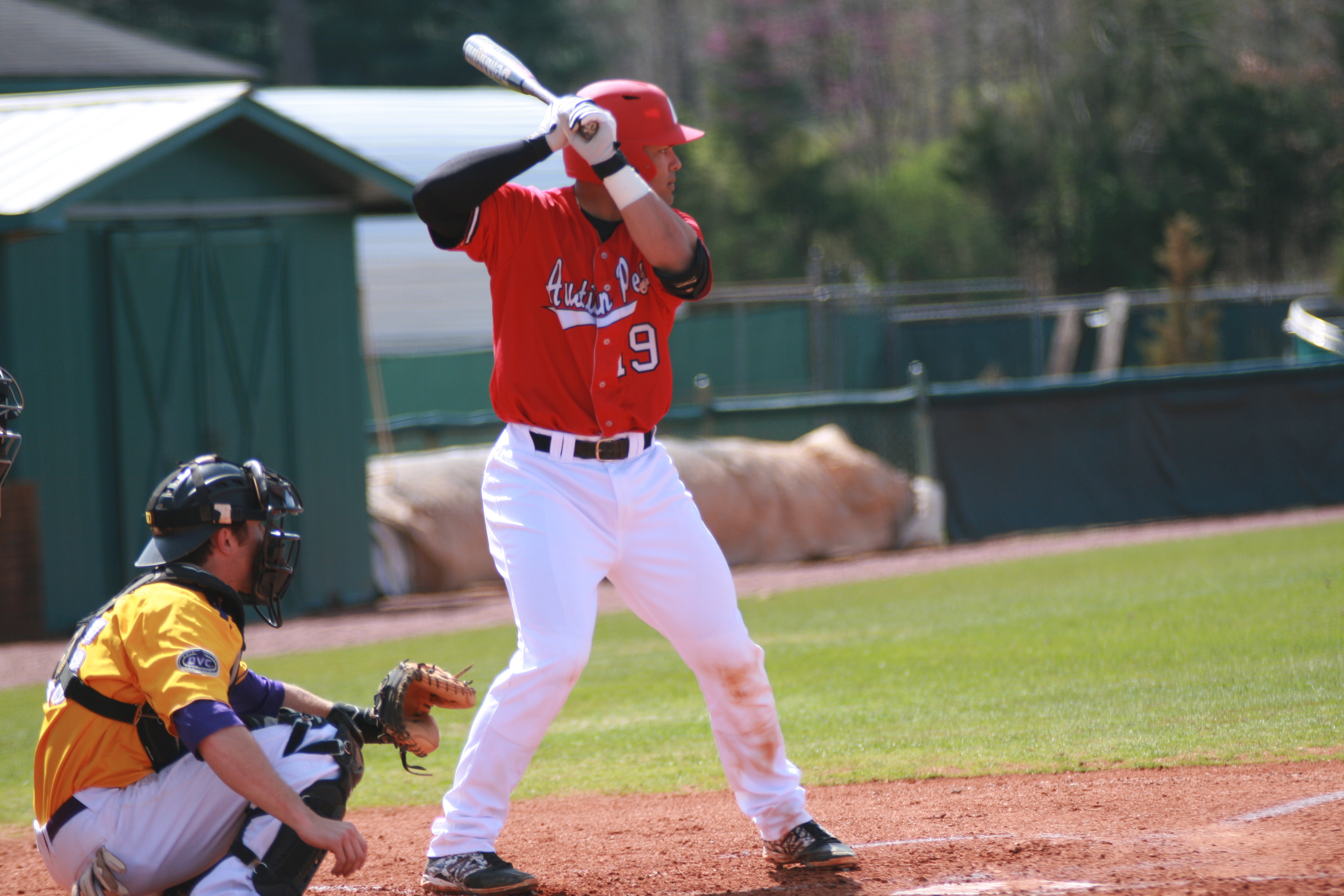 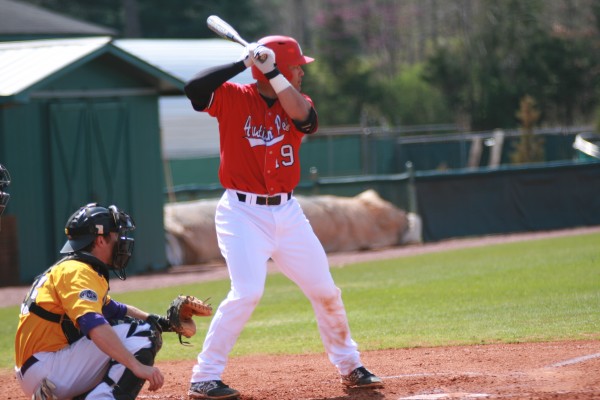 There’s no better send off to eight APSU seniors in their final game at Raymond C. Hand Park than a walk-off win.

The Govs fell behind by eight runs after five innings, but mounted a big comeback to walk-off over UT Martin 13-12 in the bottom of the ninth as the dugout erupted to attack the hero, Ridge Smith.

Kevin Corey started the ninth with a double, and the bases would soon be loaded. Rolando Gautier walked to to add a run, along with a wild pitch from John Houston, setting up Alex Robles to tie the score with a two RBI double. It was then up to Smith after the second out of the inning was recorded, and came through in the clutch to give APSU a much-needed series win.

“On Saturday, he (Houston) came back with a fastball on an 0-1 count, so I definitely thought he’d come back with it,” Smith said. “He did middle in where I thought he was going to and I hit it.”

APSU was put behind the eight ball as UT Martin’s offense totaled 13 hits up until the sixth inning. Head coach Gary McClure, who had already been upset after dealing with the umpires throughout the game, needed to fire up his team to spark them one final time in the seventh. McClure approached the home plate umpire Robert Howard about balls and strikes, but took it to another level to eventually be ejected.

The energy level immediately picked up on the home side, with Smith saying it definitely gave the players extra motivation. The offense responded in the bottom of the seventh as P.J. Torres hit his second home run of the game, a two-run shot, to close the gap to 12-7.

The senior catcher went 3-for-5 with three RBIs in his final home game, and was able to do in front of his father before he boarded his flight back to Miami.

“I was talking to (Joel) Mangrum earlier and I said it’s shocking to me that this is my last game here,” Torres said as he appeared to get a little choked up. “It was great. It was a great day to end my career here.”

As the offense put together the runs at the plate, another senior, Corey, came on to do his job once again on the mound. The right-hander pitched three and two-third innings of allowing just two hits, while Robles came on to get the last batter and eventually be awarded the win.

APSU will have a mid-week game on Tuesday, May 13 before the final series of the year at SIU-Edwardsville from Thursday, May 15 to Saturday, May 17.

The Govs sit alone in sixth place, the final spot to make the OVC Tournament. If APSU is able to win out, they will be guaranteed to go to Jackson, Tenn.

“It’s huge because we control our own destiny,” McClure said. “That’s all you can ask for when you’ve been as up and down as we have. We’ve got that opportunity, and hopefully these guys use this as a springboard and will take advantage of that opportunity. I look back 24 hours ago and we couldn’t control our own destiny. But with what happened yesterday with some other teams and then what we did yesterday and today, now we can.”