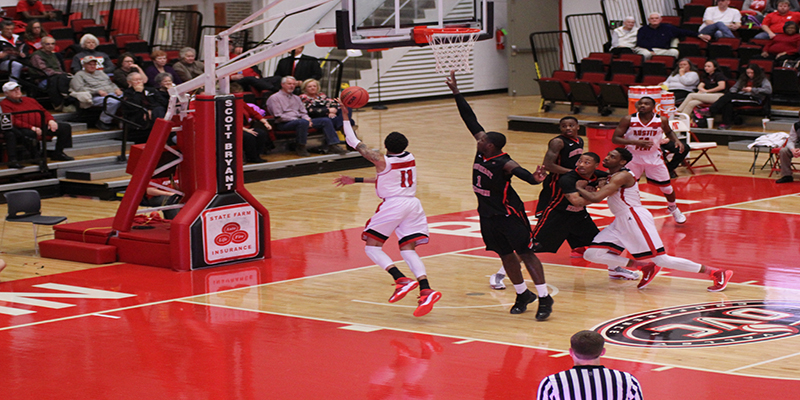 The APSU basketball team faced Ohio Valley Conference foe Eastern Illinois University Thursday, Feb. 12. The Govs stretched their losing streak to one more with a 66-55 loss. The Govs dropped to a 7-18 overall record and 2-9 in the OVC, while the Panthers improved to 15-10 overall and 8-4 in the OVC.

The only double-digit scorers for APSU were Chris Horton with 13 points and Chris Freeman with 20.

In the first half, the Govs shot 46 percent and led the Panthers 31-29 at one point, but the Panthers came back and finished the half on a 10-0 run to enter halftime with a 39-31 lead.

To open the second half, the Govs tied the score 41-41 and kept it close for much of the game, despite losing in the end.

The Govs also took a second loss to the University of Tennessee Martin Skyhawks Saturday, Feb. 14, to continue the losing streak to six. The Govs have lost eight of their last 10 contests, dropping their record to 7-19 and 2-10 in the OVC.
This game almost went in the Govs’ favor. APSU had four players reach double-digit scoring, including Horton, Ed Dyson, Khalil Davis and Josh Robinson.