When Tyshwan Edmondson scores 29 points, you would think the Govs would pull to victory. But when you commit 25 turnovers, you are almost certain to not win the game and the Govs did just that in the ESPNU Bracketbuster game at Fairfield 76-69 Saturday, Feb. 19.

Fairfield, who is a member of the Metro Atlantic Athletic Conference, (MAAC) has already wrapped up the championship to improve to 22-5 overall on the season.

While the Govs had their two-game winning streak snapped, dropping them to 17-12 overall as they head into the final week of the Ohio Valley Conference regular season.

The 25 turnovers, which the Govs committed, is the most since Nov. 27 2006 against Tennessee Wesleyan, when they committed 26.

Coming out of half, Fairfield held a 34-29 lead, but the Govs would attempt a comeback. Will Triggs scored four of the Govs’ six points to cut the Fairfield lead to 37-36 after a three-pointer by Edmondson with 17:10 left in the game.

But on the very next possession, Edmondson was fouled behind the three-point line sending him to the free-throw line for three attempts.

Edmondson sank all three free-throws as the Govs comeback was on. The Govs went on a 15-2 run capped off by a jumper in the paint from Tyrone Caldwell with 8:08 left in the game.

Fairfield would not lead the Govs back in the game for long and countered the Govs’ run with a 17-7 run to take a double digit lead of 75-65 with 38 seconds left after Nickerson drained two free throws.

The Govs came out the gates firing, as they would take their seven point lead three times with the last coming with 11:44 in the first half after Edmondson’s two free-throws.

The Govs were led by Edmondson’s 29 points on 10-of-18 shooting along with four-of-seven from three-point range.
Triggs added a double-double of 12 points and 10 rebounds while seven of his rebounds were offensive boards. The Govs however outrebounded Fairfield 34-to-33, while Fairfield dominated with points in the paint 42-to-26. The Govs return to action Thursday, Feb. 24, against EIU. TAS 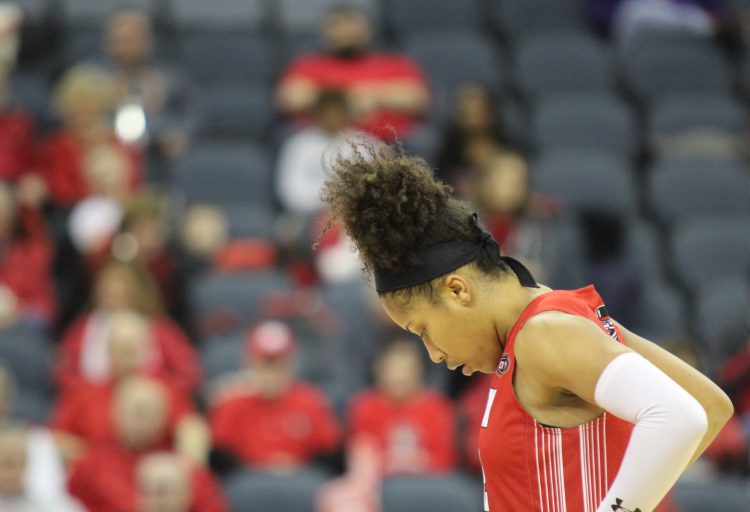