APSU’s campus police chief, Terence Calloway, resigned in June to take a position as a police chief at Florida A & M University after an 18-month tenure.

Sammie Williams, a lieutenant and the interim chief at the department, said that while Calloway’s time at APSU was short, it was also effective. The chief started new community policing programs like “Boyz2Men,” “The Law in You,” and a youth basketball camp. According to Williams, he pursued new standards for the department, including new accountability practices.

Williams said the department saw a 180-degree turn in morale of the staff since Calloway took over for police chief Lantz Biles. Biles’ more than six years as chief were marked with multiple accusations of sexual harassment and a suspension. The department was in need of a leader in 2012 and Calloway stepped up to the job.

“Through his leadership,” Robinson said, “campus police was more visible on campus and engaged the campus community more effectively.”

Williams hopes the next police chief will be a person with leadership skills and experience in higher education police work, which he says is distinctly different from regular police work.

FAMU, where Calloway started as police chief in June, is a historically black university in Tallahassee, Florida. In a FAMU press release, Calloway stated, “I relish the opportunity to bring my community policing knowledge and service before self commitment to the students, faculty, staff and visitors of FAMU for many years to come.”

According to Robinson, FAMU is a larger university with different budget restrictions than the ones APSU receives from the Tennessee Board of Regents.

“[APSU] has an approved compensation plan that we must follow,” Robinson explained. “In this case, the university could not come close to the offer extended to Chief Calloway.”

When Calloway came to Clarksville in January of 2012 he said in a press release that he wanted to make APSU’s campus police “one of the best police departments in the nation.”

Williams concluded his comments with one final thought: “He left the department in better shape than he found it.”

Robinson reported that three candidates for the position of APSU’s new campus police chief were chosen for on-campus interviews over the last two weeks. 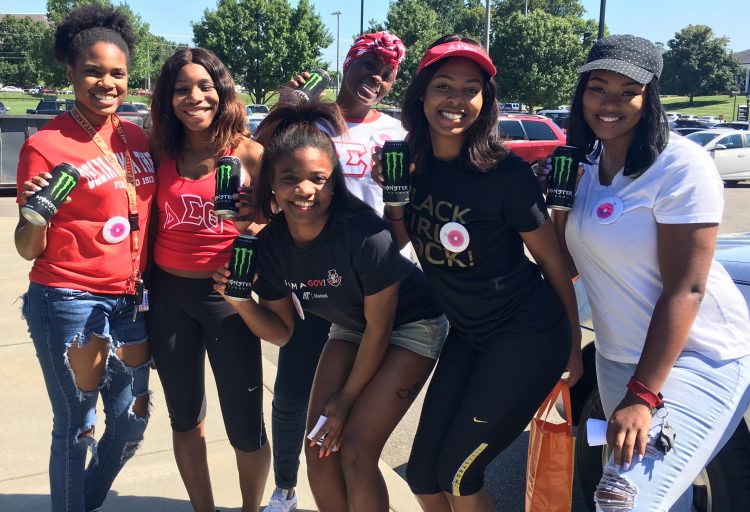