The inductees were former running back Jay Bailey, former Lady Govs guard Ashley Haynes and Assistant Athletics Director Cheryl Holt. Family, friends and even former inductees were on hand to witness the ceremony, as President Hall spoke about being a part of the APSU tradition.

“When you think about the university across the years, a thing I’m always struck by is how many people pass through the life of this school, and some without having much of an impact.

“They’re mostly involved in their own personal pursuit of degree, and they never get quite connected to the larger thing that’s the university. But there are many others, who even though they pass through this place, there’s still a memory of them. A resonance. An echo of what they did.”

Jeff Bibb, chair of the induction committee, also spoke about the hall of fame’s impact towards APSU’s reputation.

“This hall of fame does much for the university. It’s about tradition. It’s about upholding it.

“It’s about celebrating it. It’s about taking that moment to look back a little bit to our glorious past through the athletic endeavors, whether on the floor, on the court, on the field or in the stadium.”

The committee is comprised of 15 members and decides each year’s hall of fame inductees by evaluating former student athletes’ performance and academics, as well as leaders in the athletics program.

The first inductee recognized was Bailey, who amassed 2,992 rushing yards over his three years as a Govs running back.

The brother of former Gov and NBA star Trenton Hassell, Bailey is the school’s 98th hall of fame recipient.

His best year came his senior season in 2002, when he ran for a total of 1,759 yards on 319 carries, along with 18 touchdowns, breaking single-season records in all three categories.

On Oct. 19, 2002, Bailey broke his own single-game rushing record by carrying the ball 47 times for 205 yards as the Governors beat Kentucky Wesleyan.

Bailey showed his excellence on the field by being named first team AP All-America, as well as in the classroom, where he was named second-team Verizon Academic All-America.

Haynes was recognized as the school’s 99th all-time inductee. As a graduate of Northwest High School, she became a starter almost instantly. Haynes left APSU ranked second in rebounds and fourth in scoring all-time.

In her 2005 senior season, Haynes ranked second nationally in rebounds per game with 13.4. She scored more than 20 points in 12 games throughout the year and was selected ESPN The Magazine Academic All-District.

The third inductee of this year’s hall of fame ceremonies was Holt. Holt marks the school’s 100th all-time inductee and her passion for student athletics is very evident.

Having worked for the university for 23 years, Holt has coached volleyball, tennis, as well as pioneered softball into APSU athletics.

The inductees were publicly given their awards at halftime of this weekend’s basketball home game against UT Martin.

After the game, President Hall shared his thoughts on the importance of student athletics.

“We’re always looking for people who really stand for excellence, and one of the things that distinguishes these folks is they did something excellent.
“It was not just an individual act. It was part of a team and part of a university.” TAS 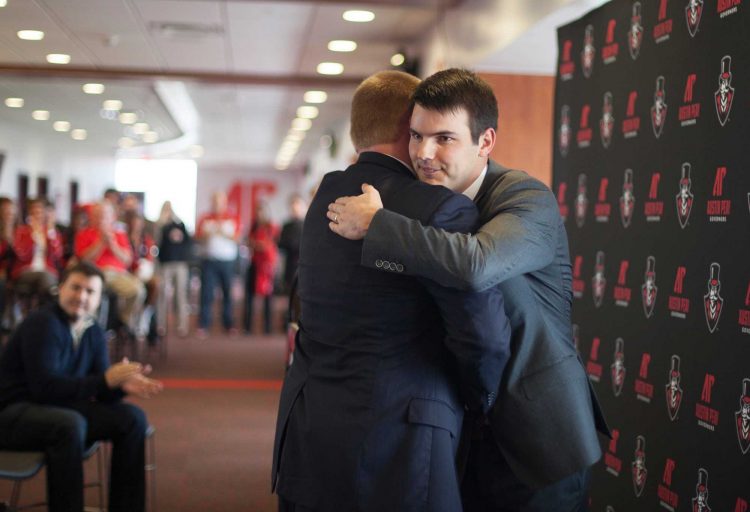