An alleged armed robbery occurred on campus at approximately 6:30 p.m. Saturday, March 17. The suspects are described as “three black males in their 20s to early 30s … wearing black, red and white hooded shirts” according to the campus safety notice sent out via the Gov Says email system.

“If you don’t know the person calling you over … walk away,” said Lt. Carlton Little, campus police officer. He also advised that the sooner someone contacts the police about a crime, the sooner that crime can be solved. 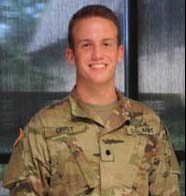 ROTC Impact and Involvement on the Daily