»The Super Bowl is traditionally a time for American families to sit back, relax and enjoy the spectacle of a football game that causes heated passion no matter which side you’re rooting for. But for some of the viewing audience, especially those less sports-inclined, the commercials are even more of an attraction than the game itself.

Year by year, the Super Bowl commercials have never failed to entertain, amuse and inform their spectators. Many companies have seized on the large audience to advertise their products, and this year, a presidential candidate has even decided to use Super Bowl commercial time in an attempt to tackle abortion.

Randall Terry, who was nominated by the Democratic Party to be a possible contender for the presidency, raised some eyebrows with his decision to promote his pro-life stance through Super Bowl ads.

As part of his campaign, Terry has plans to air graphic photographs of aborted fetuses during what has traditionally been a family event.

As you can imagine, this has caused uproar for two main reasons. First, the Super Bowl is an inappropriate platform for such a cause.

When families — including some very young children — gather around the TV to enjoy what they expect will be a pleasant day full of food, fun and football, they don’t want to see these gruesome images plastered on their screens. Thrust into prominent display, the Huffington Post reported Terry wants to shed light on “child-killing.”

But there is a second reason Terry’s proposed show may be a no-go. Pro-choicers aren’t happy with their portrayal as murder advocates, and argue abortion is not equal to homicide and Americans should not be educated about abortion with such a biased, one-sided approach.

In cases of rape or incest, the women in question may be too young for their bodies to safely support bearing a child. Other times, a young woman may not have the financial security to support a baby, leaving both the mother and child in an unfortunate and often destitute position. The question becomes: Which is more important, the not-yet-developed life of an unborn child or the already-flourishing life of the mother?

Terry’s ads would show late-term abortions, which are illegal in more than half of the United States. According to livestrong.com, late-term abortions make up only 1 percent of all abortions, and occur when a pregnancy is terminated during the third trimester and the unborn child has developed from a clump of cells into a human body.

Many supporters of pro-choice acknowledge the horrific nature of late-term abortion and think abortion shouldn’t be used as a form of birth control, but acknowledge a woman’s body is her business and sometimes, it comes down to the unfortunate decision of saving one life or the other.

What Terry fails to realize is abortion is not murder in all cases; in fact, it is a choice that exists to save lives.

In any case, the Super Bowl commercial spots should be left to silly images like talking babies and miniature Darth Vaders.

It is an inappropriate forum for such a platform, and it is a dangerously one-sided view to a delicate, faceted and complicated issue. TAS 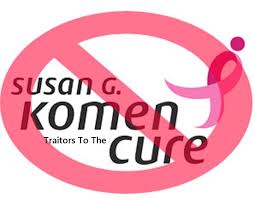