For this installment of The All State 80th Anniversary articles, I would like to take a quick break from detailing all of the “firsts” of the paper
and share one of the highlights of our history.

Though it is a little early (the next 80th Anniversary article will come out after the fact), I would like to share the story of the April Fool Edition, produced 19 years after the first All State on April 1, 1949.

The April Fool Edition of the newspaper looks just like every other issue, with the five columns of text and simplistic advertisements.

But what is different about this edition is in the top left and right corners of the paper reads “April
Fool Edition.”

The four pages of this issue are filled with “news” that reads too outrageous to be true, mostly consisting of tongue-in-cheek policy changes.

For example, four headlines read, “Class Attendance is Made Optional,” “Bowman Says Tests to Go,” “Morris Halts to Pop Quizzes” and “No 8 O’clocks Next Quarter.”

These stories simply poke fun at what students sometimes wish for, but other stories throughout the issue are a bit more radical.

One story reads a resolution was adopted to allow the selling of beer on campus.

On the same page, a story reads that Dwight D. Eisenhower and Halbert Harvill (APSC president at the time) are to switch jobs.

The issue continues to poke fun of the famous, another article reads that Albert Einstein will join APSC faculty as a mathematics instructor.

The last article of this edition is called “Snake Cult Hits APSC.”

Students and faculty liked their presentation so much they wanted to make this group an organization.

As readers, you have varying reactions to the contents of this issue,
but many of you are probably wondering, how in the world TAS was able to print an edition full
of false stories.

Nowadays, printing a false issue would result in a great many consequences.

They were able
to get away with it because of the way the readers received it, probably due to the advertisement of an April Fool Edition in the issue prior, dated March 23, 1949.

But consequences were a concern to those who produced the paper and were addressed in an issue following the April Fool Edition dated April 27,
1949.

It contains a letter to the readers from TAS staff thanking them for receiving the April Fool Edition so well.

The second paragraph of the letter reads, “We didn’t know how the edition would go over. In fact we were afraid of serious consequences. But apparently everybody
took the edition as a big joke, just as we meant for it to be.

“Some of the articles could have been taken as
sly digs, maybe some of them were, but intentional slander was directed toward no individual.

“If we made our readers laugh, then our mission
was accomplished, for if there
is anything this world of our’s needs: it is more laughter.”

In the same issue, there is also a Letter to the Editor written by Felix G. Woodward, TAS’s faculty sponsor.

A portion of the letter reads “I wish to congratulate you on the success of the April 1 edition of TAS … I believe that this issue represents a high-point in originality and boldness of conception.

“… I do not believe I have ever seen so many ‘hits,’ and all of them are made with sufficient skill and sophistication to make them highly amusing.”

For those reading, do not get any ideas because, even though this issue went over well, an April Fool Edition did not make the shelves the following year. TAS 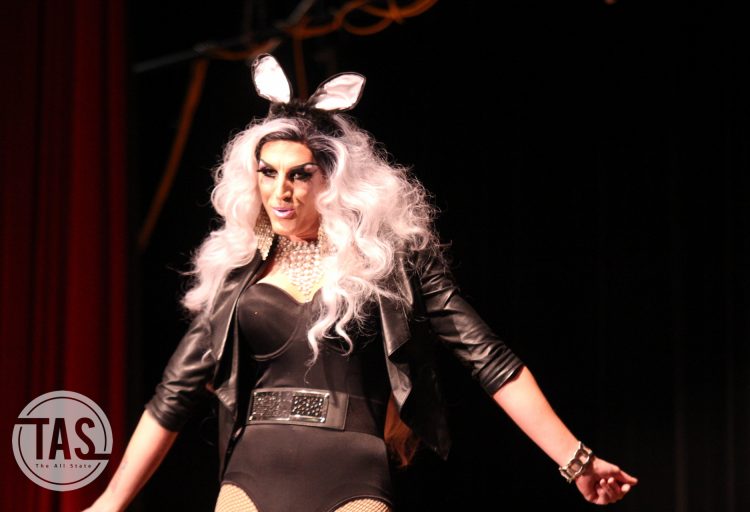